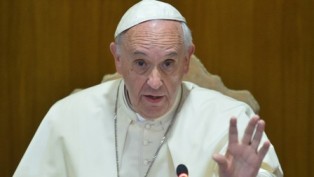 We live in a global village therefore it is imperative that leaders from different faiths, different countries and different views must stand up for justice against brutality and killing of other human beings. If we fail to do so, the future of humanity will be hazardous. The Messenger of God (peace be upon him) said, “the real jihad is to speak out the truth in the face of an unjust ruler”. Political, military, social, academic and religious leaders all must stand up together against anyone who perpetrates injustice against other people. When the world stood up against apartheid in South Africa it emboldened people like Nelson Mandela to defeat it. Similarly, today the world must stand up against the tyranny of the likes of Bashar Assad, Putin and the military regime of Myanmar.

Many people all over the world were disappointed when they heard Pope Francis’ speech in Myanmar. He did not denounce the ruthless ethnic cleansing of the Rohingya Muslims by the military regime. Some analysts think it might have been to do with protecting the local Catholic minority in Myanmar, if that is the case this is a classic example of being parochial; looking after your own flock, caring less about others, a classic example of moral relativism. Where something is only good when it suits me, if it isn’t in my interest no matter how good it is I will ignore it. I always thought that someone in the position of grand leadership of the Roman Catholics, the highest-ranking officer of the Church of Christ would act differently. He might have the courage of the great Christ, who turned the tables of the money changers in the temple and challenged the religious elites of his time and did not compromise with the Romans either. He also said “whoever sees evil then let them change it with force, if he is able to do so, otherwise speak out against it and if you cannot do that you must hate it with your heart. That’s the weakest of faith”.

Many people were left bewildered and confused as to why the Pope could not say “Rohingya”. This was totally out of character for someone who is known for his outspoken views on poverty and injustice. Throughout his life he has stood up for the poor and downtrodden of Argentine, he was brave and courageous bishop when he spoke out against the military of that country. I would like to give him the benefit of doubt; as a political leader of the Vatican he had acted in that way, a diplomat not a pious pontiff. In that case he should have worn a black three-piece suit made by the Armani brothers of Milan rather than the white robe and white cap, a symbol of the religious leaders. However, he did criticise the brutal regime of Myanmar previously when he denounced “the persecution of our Rohingya brothers”… who he admitted were being “tortured and killed simply because they upheld their Muslim faith”.

The United Nations has repeatedly accused Myanmar of systematic ethnic cleansing against the Rohingya Muslims of Rakhine state. The UN has observed that its military has murdered children, raped women and burnt down villages. More than 620,000 people have fled their homes. In the refugee camps on the borders of Bangladesh, this is a sad testimony to human diplomacy and governance. My call for action is simply: Let’s  love humanity and go beyond parochial, national and self-interests, this embracing of other human beings is the true nature of the teachings of religion. This was what the Prophet Muhammad (peace be upon him) like his predecessors Abraham and Jesus stood for.