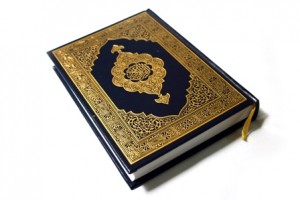 “The Quran interpreter is supposed to be reporting the Quran’s meaning” (Ahmad Zaki Hammad).

The growth of Muslim populations in America and Europe has a fascinating history; after the devastating Second World War there was a scarcity of labour in Europe and as a consequence workers were invited from Muslim countries. They worked hard and settled with their families, however with the Iranian revolution in 1979, the hostage crisis followed by the Rushdie hostilities began to grow against Muslims. Then came the 9/11 terrorist attacks in 2001 and subsequent wars in Afghanistan and Iraq put the Muslims in the limelight.

Now, there is growing Islamophobia, a dread of Muslims, an unfounded fear that these people are dangerous and a security threat to our lands. It seems as though the infamous Fukahami’s “clash of civilisations” is about to come true. But with this has come the fascination with Islam. What is this religion? What is the book of Islam about? Hence there is a rising interest in studying and knowing more about Quran and Islam. That is why it is imperative that we have good literary translations of Quran and books about Islam.

The vocabulary of glorious Quran

There are approximately 1734 primary words and the rest of the words are derived from these primary words in the glorious Quran the rest are prepositions, particles (AZ Hammad).

I entirely agree with AZ Hammad’s assertion that the translation of Quran “is more properly described as interpretation, not in the connotation of conveying a particular insight or impression, but in the substance of establishing meaning and communicating its significance within the limitations of human expression.” Therefore the translation of glorious Quran is not the Quran but rather an interpretation, an understanding where the translator is reporting the meanings of the sacred text. Therefore there is a distinction between the original Arabic Quran and the English translation. Therefore a translator can strive to convey the Quran’s meanings faithfully and report that interpretation of the revealed words only, hence it is not equivalent to the Arabic Quran.

What is the need for a good Quran translation?

Muslims believe that Allah is the creator of the universe and human beings have been created with a purpose and their lives have a spiritual meaning. They believe that the glorious Quran is the word of God which has been revealed in order to guide humanity. The glorious Quran is a life changing and life transforming message from the creator, it is both rational and emotional; therefore impacting on human mind and feelings and leading to a Holy attitude and behaviour, often expressed as “the fear of God”, “God consciousness” and “mindfulness”. There is a dire need to produce a translation that is reader friendly, accessible and impactful for the native English reader, since most of the old translations were produced by non-natives of English language. (There are 40 different translations of Quran in English).

Here is a brief critical analysis of some popular English translations:

So for proud, practising and pious Muslims the Quran is very important for their lives because: