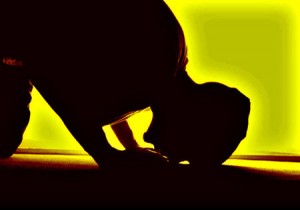 The Quran teaches “Fear Allah and make peace among yourselves, and obey Allah and His Messenger if you are true believers. The believer’s hearts tremble with fear at the mention of Allah, their faith grows stronger whenever His verses are recited, they put their trust in their Lord. They perform the prayer and spend from what We have provided, they’re the true believers; reserved for them are lofty ranks near their Lord and forgiveness and a generous provision” (Anfal: 1-4).

These verses make it clear, in order to be a true believer one has to have a firm belief, fear and deep trust in Allah. This deep faith and conviction are then displayed by praying continuously and giving generously in God’s way. The outcomes and the fruits of such behaviour are mentioned as receiving high status with the Lord, His forgiveness and abundant provisions.

The Messenger of Allah (peace be upon him) met Harris ibn Malik and asked him “how did you spend your morning?” He replied, “I spent my morning like a true believer”, the messenger cautioned him and said, “be careful of what you say, for everything has a reality and what is the reality of your faith?” He replied, “I have abandoned the world, my night is spent in worship, I fast during the day and sometimes it is as though I am seeing my Lord on the throne, on other occasions it is as though I am seeing people of paradise strolling in their gardens and I see the people of hell screaming” (Tabarani).

The true and the fake

Plastic fruits and ornamental objects; Taxidermy is an art of stuffing and preparing the skins of animals with life-like effects. Both the plastic fruits nor the animals are real, both are fake.

Rumi’s wonderful story of the jackal that fell into the dye and claimed to be a peacock. The jackal was proud of himself as he shimmered in the sun, it had acquired a new coat that made it look like a peacock. It was proud of itself and asked others to bow before it and to be proud of it. The other jackals walked around it, sniffing at it and asked, can you dance like the peacock? Can you sing like the peacock? And it said no, the jackals said then how can you be a peacock? The lesson here is don’t pretend to be something that you are not.

Comparison of real and fake faith

Real faith is capable of doing miracles of overcoming tremendous obstacles and huge problems. However, fake faith is not being able to do this. Let’s look at a few examples of where real faith was able to conquer many realities of life, like the love of one’s homeland, love of one’s children, relatives and wealth.

The example of Abu Talha, as he prayed in his palm grove, a small bird fluttered and sang gaily in the branches. This distracted him from his prayer so much so that he forgot how many units he had performed. When Abu Talha was confused, he was embarrassed and felt guilty that his worldly possessions had distracted him from the divine remembrance. Therefore, he decided to give his palm grove in charity, so he went to the messenger (peace be upon him) and told him the whole story. Upon hearing this, the messenger (peace be upon him) advised that he should give, one third to his relatives. This is an example of real faith coming face-to-face with the reality of the love of possessions. Abu Talha’s heart was strong enough and his faith was real enough to be able to combat this love of worldly possessions.

Another example comes from Suhaib Rumi, a disciple who lived in Makkah. When he was about to migrate to Madinah with his family and camels laden with his goods, the people of Makkah stopped him from leaving the city. They said to him “you can leave, however you cannot take with you, your wife, children and these possessions. They must remain in Makkah.” Here again the reality came face-to-face with the reality of faith, the reality of Islam, the reality of the love of God. Could Suhaib face this new challenge? History bears witness that he walked past all these things, leaving them behind and migrated to the great city of Madinah to be close to the messenger  (peace be upon him).

Khubaib, a young disciple who was captured by the people of Makkah was tortured and was about to be hanged. The executioner said to him, ‘wouldn’t you like to be with your family and instead of you Muhammad was to be hanged?’ He bravely said ‘I cannot bear the thought of a thorn pricking the feet of my beloved (peace be upon him)’. Here again, we notice the reality of faith counselling the reality of life, however, real faith is capable of fighting all these realities.

Who are real believers?

“The believer’s hearts tremble with fear at the mention of Allah, their faith grows stronger whenever His verses are recited, they put their trust in their Lord. They perform the prayer and spend from what We have provided” (Anfal: 2-3).

“The believers will succeed, those who are humbly focussed in their prayers, who turn away from meaningless activities, who give Zakat, who guard their modesty and sexual purity, except their spouses … they will inherit Paradise, remaining in it forever” (Muminun: 1-11).

In the following verse Allah describes nine qualities of a believer, may Allah give us the ability to acquire these qualities.

“Men and women who submit to the will of Allah are; believers, devout, truthful, patient, humble, charitable, keep fast, keep their private parts pure and remember Allah frequently.  They will have forgiveness and a mighty reward” (Ahzab: 35).