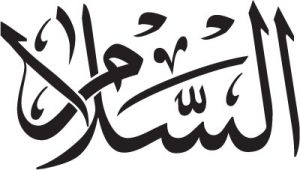 “O Lord! You are peace, peace is from you, peace returns to you. O Lord! Keep us living in peace, enter us into the abode of peace”, this is one of the most oft-repeated prayer of a Muslim.

Islam teaches Muslims to forgive, to settle disputes and to establish peace. This is reconciliation in the community. However, even more importantly Islam aims to lead the human soul to the ‘abode of peace!’ It does this by giving clear guidance to us, to live a virtues life of submission, prayer, obedience, adoration simplicity and frugality.

To live in peace and to die in peace is the goal of Islam as of other authentic traditions, when man sincerely turns to his lord.

“He sends peace in the heart of believers” (Al Fath: 4). Islam emphasises clearly that the true abode of peace is heaven, “And (the angels) call upon the dwellers of paradise, peace be onto you” (Al A’raf: 46). This is why the Muslims greet one another with “peace be on to you”. As though we are attempting to reflect something of the heavenly reality on earth. “Peace, such is the greeting from the Lord all compassionate” (Yaseen: 58). In paradise “there is nothing else but the saying peace, peace” (Al Waqi’ah: 26).

The total devastation of cities and countries that can be caused by high-tech modern warfare has brought home to us the horrors of war, so much so that everyone today talks about peace. So why are people yearning for peace? For a Muslim the answer is quiet simple, Allah is peace and our yearning for peace is nothing more than our yearning for our Lord.

Muslims, Christians, Jews and Hindu’s all can find many horrible stories of wars in other religions. But we must not forget that the cause of these wars was not religion. Human nature has certain weaknesses; greed and aggression being the most obvious. In the middle ages when Europe was devoutly Christian, all wars were fought under the banner of Christianity. When Christianity became weak, wars were fought under the banner of Communism, Fascism and Nationalism. The two World Wars were fought for these ideologies, and underlying all their ‘isms’ is the pernicious ideology of economic progress.

For which religion did Bush and Blair attack Iraq? They have unleashed untold terror in that country even till now. So you cannot blame religion for the conflicts and wars in the world. Muslims are still devout by and large and Islam continues to play an important role in their lives, therefore whenever there is any kind of conflict, the name of Islam is still misused by the unscrupulous people.

All acts of terror against civilians violate Islamic teachings, so how can these people claim to be fighting in the name of Islam? An obvious contradiction. However, what is most frightening today is that in the name of the modern man’s religion of ‘economic progress’, man is waging a war against the earth. The scope and the consequences of this war are unimaginable. Environmental change can create new conflicts and worsen existing ones. Several experts now agree that an extended drought, part of a long-term warming and drying of the Fertile Crescent was a significant factor to the unrest leading to the Syrian Civil War. This is where most efforts are needed, to bring about peace and harmony between man and nature.