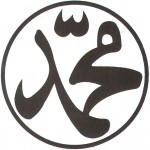 In Surah Inshirah God said “we have indeed raised your stature and honour” (94: 4). Where and when will this exalted stature of the Messenger (peace be upon him) be revealed? Though the glorious Quran and the books of ahadith contain vast amount of references to his exalted stature, however the events of judgement day provide a grand setting for this revelation. The Messenger (peace be upon him) himself urged his followers to pray for him in these words, “O Lord! Give our master Muhammad Al-wasila and bless him with Maqam-Al-Mahmood (glorious station) that which you have promised him and give us his intercession on judgement day” (the prayer after Azan).

After the universe has been completely annihilated, destroyed and made non-existent, once more God will order Israfeel the angel of the trumpet to blow it. Thereupon the entire humanity will rise from their graves and gather before the Almighty Lord. The glorious Quran lucidly paints the picture as follows: “when the sky is ripped apart, obeying its Lord as it rightly must, when the earth is levelled out, casts out its contents, and becomes empty, are being explored as it rightly must,… Whoever is given his record in his right hand will have an easy reckoning and return to his people well pleased, but whoever is given his record from behind his back will cry out for destruction, he will burn in the blazing fire” (84: 1-12).

People will be in terror and distressed, so they will turn to Adam the father of humanity and ask him to intercede on their behalf and ask the Lord to begin the day of reckoning. Adam will decline this appeal and say I cannot speak to God he is very angry today. And he will tell them to go elsewhere, the entire humanity now moves to prophet Noah, and ask him as they asked Adam, however he too declines and tells them to go to Abraham, the same story is repeated here, as they are told to go somewhere else, they go to several other prophets until finally they come to Jesus who brings them to the Prophet Muhammad (may peace be upon him), and when Jesus presents humanity before the Prophet Muhammad (may peace be upon him), the Prophet (peace be upon him) will say yes I am for you, then he falls into prostration and begins to praise the Lord in such a way that no one else has praised the Lord. He remains in prostration until the Lord says to him raise your head Muhammad, ask for you shall be given, intercede and your intercession will be accepted (Bukhari). This is known as the universal intercession at the time of judgement, for all believers and nonbelievers alike.

The Wasila (near the divine throne)

Anas said “I asked the messenger of Allah (may peace be upon him), who will intercede for me on the day of resurrection? He replied, I will, if Allah wills. I then said where would I find you? He said the first place you should seek me is on the bridge, I then asked if I don’t meet you on the bridge? Then seek me out from the balance, he said if I don’t see you there. What should I do then? Seek me out at the pool (kawsar) he said, for I shall not miss these three places” (Tirmazi).

The messenger (may peace be upon him) will also be given the Kawsar, and this is the river or a pool which will be vast in its water, which will be whiter than milk and its scent sweeter than musk and anybody who drinks a cup from this shall never thirst again (Bukhari and Muslim).

May Allah give us the tawfiq to truly appreciate the grand stature of the beloved prophet (may peace be upon him).