It is a soothing balm in our turbulent times 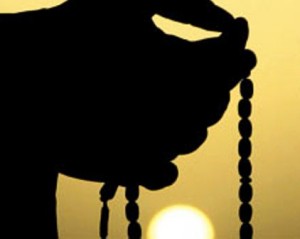 In order to understand clearly an intellectual concept or a philosophical idea, the preferred method is to observe a living example. This article provides you with an example of a living, walking and speaking role model of spirituality: the Beloved Messenger of Allah, Muhammad Mustafa ﷺ. We will get glimpses of his commitment to God, and a heart full of Allah’s love. No wonder the Glorious Quran proudly declares, “You have an excellent role model in the Messenger of Allah, particularly for anyone who longs for Allah and the Last Day and remembers Him abundantly” (Al-Ahzab: 21).

The Messenger (peace be upon him) possessed perfect intellect; he was adept and skilled at reasoning, full of knowledge given to him by the All-knowing Lord, with a clear understanding of the world around him and mental powers of the most intelligent person in his society. When he (peace be upon him) spoke there was an effect, the tone of his voice, the warmth of his speech and the fluency of his words penetrated deep into the souls of the listeners. When he (peace be upon him) spoke to them about paradise he brought to them a vision of paradise with its gorgeous gardens, graced with flowing streams and when he discussed the divine light they could literally see it beaming down from heaven on them.

Freedom from worldly things
The blessed Messenger (peace be upon him) practised self-discipline and abstention from pleasures, for pleasing his Lord and enhancing his spirituality. He (peace be upon him) adopted a lifestyle of poverty, a matter of choice not a necessity since there was plenty of wealth from various sources. He led a life of simplicity by sleeping on straw mats, which often left noticeable marks on his blessed body and clothes. This would upset his disciples; once someone offered him a soft mat to sleep on, his response was “what have I to do with this world? My place in this world is like that of a traveller who is walking through the desert on a hot day, he takes a nap under a tree and then leaves it behind him” (Abu Y’ala).

According to one narration Allah Almighty offered him gold that would fill a valley, he (peace be upon him) replied, “Lord! I would prefer to be hungry one day and eat the next day, the day I eat, I will praise you and give thanks to you, when I remain hungry I will seek your help and call upon you” (Tirmizi). Such was his (peace be upon him) sense of reliance on the Lord that he wanted to remain aloof from worldly things, he was happy with the small amount of worldly sustenance.

One day his daughter Fathima (may Allah be pleased with her) brought him a freshly baked loaf of bread, it smelt delicious and she proudly said to him. “O father, I baked this myself and I brought to you because I did not feel at ease eating it without sharing it with you.” The blessed Messenger (peace be upon him) replied “I haven’t eaten anything for three days, so this will be the first morsel” (Al Bayhaqi).

The messenger (peace be upon him) ate little because he knew the dangers of filling the stomach, when you are full, he would say, “the Devil runs within your veins, therefore make his path difficult by remaining hungry”, he (peace be upon him) also said “the son of Adam fills no vessel worse than his stomach”. Many spiritual Masters regard gluttony, overeating as a dangerous habit that ruins physical health as well as spiritual health.

Shaykh Al Shabrawi in his book book ‘The degrees of the soul’ said, “Jihad is an obligation, and the essence of it is to forsake all habits… In particular; overeating, sleeping, talking, mixing with people. Moderation is required in each of these things… The effective thing in this part is to eat only when hungry and then to less than satiety. The Prophet, may God’s blessing be upon him omitted supper when he had eaten lunch, omitted lunch when he had eaten supper.”

The blessed Messenger (peace be upon him) was sent as a guide, he communicated the divine message eloquently and effectively to his people. He (peace be upon him) said “silence is wisdom, but the silent are few, the one who keeps silent will be safe.” The reasons being that you can easily fall into speaking ill of others, in fact we commit more sins with the tongue than with any other limb, discussing other people, being insulting to others, using obscene language or cursing, even arguing with people, revealing secrets of others, mocking and jeering others, even lying, backbiting, slandering, and being pretentious. The messenger (peace be upon him) said that “when I was shown hell, I saw people were tearing their faces with their nails, I asked Jibrael who are these people? He replied those who backbite and slander people”.

Day and night in worship
The worship of the Prophet (peace be upon him) consisted of the regular five daily prayers, tahajjud (the night vigil), recitation of the glorious Quran, zikr and fasting. Sometimes day after day, the unique form of fasting, where he would not eat at sunset and continue into the next day and the next day. This will go on for several days without a break. However, his favourite practice was to fast every Monday and Thursday of the week, giving a reason for these two days he told, “these are the days when deeds are presented, so I love to make it so that when my deeds are presented. I am in the state of fasting” (Tirmizi).

Lifelong learning and teaching
Since the Prophet (peace be upon him) was divinely educated “It is Al-Rahman who taught the beloved Messenger the Majestic Quran. He created human beings and taught them the art of communication” (Al-Rahman: 1-4). For him (peace be upon him) it was a matter of lifelong teaching rather than lifelong learning, which is something we all should be engaged in for our constant improvement, for mental and spiritual development.

When delegations from the Arab tribes came to Medina in order to embrace Islam he (peace be upon him) would dispatch a learned disciple with them, so he could teach them the adhan, the prayer and Quran. He (peace be upon him) also encouraged parents to teach children, he (peace be upon him) promised them most exquisite spiritual rewards in the hereafter. For example, he said “every father who teaches his child the Quran in this world, will be crowned in paradise on the day of resurrection with the crown by which the people of paradise will know him as the one who taught Quran to his children.” The reading of the glorious Quran is a learning activity that effectively enhances spirituality, a powerful means of spiritual progress. Ibn Abbas said the beloved messenger (peace be upon him) said, “a person without Quran in his heart is like a wrecked house” (Tirmizi).

Whole life balance
The distinguishing characteristic of a spiritual person is a balanced lifestyle, the right amount of work and family time, a correct ratio of time spent in earning livelihood and social activities. The blessed Messenger (peace be upon him) was in a perfect equilibrium. As we read these accounts of his time at home and with family we see that perfect balance between his role as a prophet of God, spiritual guide, a leader and a teacher. The prophet (peace be upon him) took great care of his family by spending time with them and doing all kinds of domestic chores such as: patching up his clothes, mending shoes, washing clothes, or any other housework that needed to be done, milking the goats, fetched water for ablution and the like. Effectively he (peace be upon him) was at the service of his family, helping them with their tasks, listening to their jokes and laughing with them. Any wonder why he (peace be upon him) would say, “the best of you are the best to their families and I am the best to my family” (Tirmizi).

He (peace be upon him) felt very comfortable doing jobs that other leaders might consider beneath their status, he (peace be upon him) was humble but also teaching his followers an important lesson in humility. This is the virtue where one forsakes the glory of one’s social status and pride and to assume a lower position than one’s equals. Perhaps more accurately humility is when a person sees himself as having no special value, a distinctive worth or distinction above others and does not consider himself to be above others. The following story is a beautiful example of his (peace be upon him) humility. On one of his expeditions whilst they were camping the prophet (peace be upon him) instructed companions to roast a sheep that had slaughtered and assigned each person a task, one man to skin it, another to prepare it for cooking and he himself said, “I will go and fetch the firewood.” The disciples said. “O Messenger of Allah! Let us take care of everything.” He (peace be upon him) replied “I know that you will do it well, but I hate to be different from the rest of you and Allah dislikes a person who sees himself better than his friends.”

Conclusion
The purpose of spiritual life is to gain a deeper understanding of Allah, connectedness, closeness, and contentment that leads to peace of mind. It is the process of renovation of the heart when a person begins to live with Allah. The various spiritual disciplines and exercises, the still life, lifelong learning and whole life of the messenger (peace be upon him) as described above is a model for us to imitate.