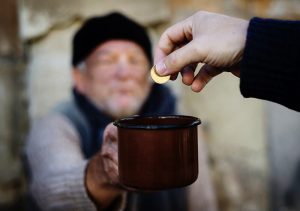 If you want to measure the depth of your love for Allah, look at your diary and your bank statement. They don’t lie. How you spend your time and money are the two best indicators of your real priorities. Is Allah your beloved? He wants to be. He deserves to be. Giving to others is not just for earning other worldly rewards but good for your health. A survey conducted at 44 major universities revealed that giving in charity protects your overall health twice as much as an aspirin protects your heart against disease. Dr Stephen Post, who conducted the survey, says, ‘Giving is the most potent force on the planet’. The messenger (may peace be upon him) said, “charity lessens Allah’s anger and protects you from painful death.” The benefits of compassion to your physical health are so strong that if compassion wasn’t free, pharmaceutical companies would herald the discovery of a stupendous new drug called ‘give back’ instead of ‘Prozac’.

We give for several reasons including:

You can give without loving, but you can’t love without giving. Your time, talent and treasure are to be shared with others. When you don’t give you’re not happy, holy nor healthy.

Give the first fruit to Allah

When the disciples harvested the first dates they would bring them to the Messenger (may peace be upon him) for charity, He (may peace be upon him) would distribute them among the needy. I remember when I got my first wage, my mother told me to give it to the Masjid, it’s a practice that I saw common among people who love Allah. By doing this they acknowledged that ‘everything I have comes from Allah, and belongs to Allah and whatever I’ll need for the future will also come from Allah. There’s not a more important money management principle you’ll ever hear than this; give Allah your ‘first fruits’, not your leftovers! The disciple Usman ibn Affan (may Allah be pleased with him) was a wealthy businessman who gave freely to Allah’s work.

The story of a wealthy Muslim is told who would give the first paisa (penny) of each Rupee he earned, the first hour of each day, and fast and spend in worship the first day of each week. This giving is a clear demonstration of our obedience and love of Allah.

Allah has blessed us with three precious gifts:

By using these for the glory of Allah and good of humanity it shows three things about us:

Giving Zakat  isn’t a matter of money, but of priorities. Allah doesn’t want the leftovers, He wants your best, Zakat is also a matter of obedience, “if you obey Allah, He will reward you well” (Al Fath: 16). Giving Zakat is like going into a business partnership with Allah. He promises “Those who spend their wealth in His cause … will have their reward, no fear for them nor will they grieve” (Al Baqara: 262).

Allah says: “Whatever you spend (for Allah’s work), He will replace it” (Saba: 39). The Prophet (peace be upon him) said in a hadith “Fasting is protection from evil and charity extinguishes sins like the water extinguishes fire” (Bukhari). The Quran further describes the passion and thinking of a believer who spends in the path of Allah. “Who always give with hearts that tremble at the thought that they must return to Him” (Al Mumin: 60).

How being generous can help you overcome stress and live well 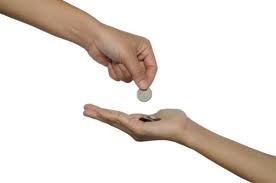 Biologist Elizabeth Blackburn shares a Nobel Prize for her work in the discovery of Telomerase, an enzyme that replenishes the caps at the end of Chromosomes, which break down when cells divide. She showed unequivocally that stress causes our bodies to age, our skins to wrinkle, turns our hair white, and weakens our immune system and by being generous and kind we can overcome stress.

The story of the man who broke his promise

The following passage shows the disciples eagerness to spend in Allah’s way and how the hypocrites loathed to spend. “There are some among them, who pledged themselves to God saying if God gives us some of his bounty, we shall certainly give charity and the righteous. Yet when he did give them some of his bounty, they became mean and turned obstinately away. Because they broke their promise to God and told lies, He made hypocrisy settle in their hearts until the day they meet him. Do they not realise that God knows their secrets and their private discussions? That God knows all that is hidden? It is vain to criticise, the believers will give freely and those who can only give a little with great effort they scoff at such people, but it is God who scoffs at them, a painful punishment awaits them“ (Tauba: 75-80).

The second part of this passage was revealed when some of the disciples gave generously in charity, it is reported that Abdul Rahman bin Auf gave 4000 Dirhams, and said I had 8000 and I have given my Lord 4000 in loan and kept 4000 for my family. The Prophet (may peace be upon him), was delighted with this and said, “May God increase what you have given and what you have kept”. Similarly, Asim gave 100 sacks of dates, Abu Uqail brought a small bucket of dates and said I worked in the evening for two buckets, one I left for my family and the other I have brought here, the hypocrites scoffed when they saw this, they said Abdul Rahman is showing off and what Asim gave God doesn’t need.

A modern example of a Philanthropist

Here is an incredible story of a Philanthropist who had deep belief in God as the Sustainer. Stanley Tam legally transferred 51% of the shares of his company United States Plastic Corporation to God. Keeping 49% to himself. Then in 1955, he transferred every share of stock to God, $120 million in value, and Stanley became a salaried employee of the company. He said, ‘A man can eat only one meal at a time, wear only one suit of clothes at a time, drive only one car at a time. All this I have. Isn’t that enough?’