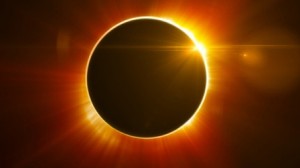 The street where I live in Nottingham has a house number 12 and then 14, but no number 13. I wonder why? But when I looked carefully at many other places more grand and posh than my street this is what I found; more than 80% of high-rise buildings do not have 13th floor, many airports don’t have 13th gate, many hospitals and hotels do not have room number 13. Yet we claim to live in a scientific age of reason and great medical cures, what is going on? Do even the captains of industry, businessmen, engineers and architects believe in superstitions? The superstition around the number 13 may have its origin in the Christian Gospels, Judas the apostle who betrayed Christ since he was the 13th guest to the Last Supper of Christ.

There are many other superstitions that are common in our society; in some cultures black cats represent good or bad luck; a common feature of English homes was a horse-shoe hung above the doorway, it was thought to bring good luck to that home and the horse-shoe must be turned upward or “the luck will run out.”

The death of the Prophet’s son

Just after the death of the Prophet’s (peace be upon him) son Ibrahim there was a solar eclipse and the people of Makkah began to say look even the Sun mourns the death of his son, since they believed in superstition that when an important person passed away such phenomena occurred. However, the blessed Messenger (peace be upon him) told them; ‘the Sun nor the Moon eclipse because of someone’s death or birth. They are signs from the signs of Allah, so when you witness an eclipse then pray to Allah’ (Muslim). In response to this Prophetic command Muslims always pray a special prayer whenever there is either a solar or lunar eclipse. The prayer is offered as two units from the beginning of the eclipse till its end. The idea is to thank Allah for his wonderful creation and it’s a time to reflect.

Superstition is the belief in supernatural causality, that one event causes another without any natural process linking the two events, something that is believed and practised by astrologers, soothsayers, and clairvoyants. It is a belief or a notion that is not based on reason or knowledge.

In Islam being superstitious is sinful in the sense that it indicates a lack of trust in the divine providence and, as such, is a violation of the Shahdah, faith in the Almighty, Powerful, Caring and Loving God. Superstition is a deviation from the Islamic belief of divine benevolence since it is assigning power, authority and lordship to created things that is Shirk, polytheism associating others as partners of Allah. Here there is no mythology, nor superstitions and irrational beliefs.

In his book ‘Cults of unreason’ Christopher Evans catalogues hundreds of new ‘surrogate belief systems’ from Hubbard’s Scientology, Dr Kings ‘Spiritual pushes’, Unidentified Flying Objects (UFO) to the ritual fetish of the sophisticated gadgetry, the black boxes like ‘Toomins alpha Pacer, the osciioclast, the dynamizer, the reflexophone, the  delawarr box the colorscope, the multi-oscillator, the electoro psychometry. And anyone who doubts that these boxes have the potential for a religion will be disabused on learning that in Santiago to cite just one example is formally established ‘the holy feedback church’. Evans concludes ‘the immense staying power of myths’ and the ‘apparently unquenchable human appetite for fairy stories dressed up as fact’. This shows the profound need that humanity has for beliefs and why it is important never to lose the balance between reason and revelation. One of the great achievements of Islam.

In Islam there are no priests, no mediators between man and his Lord. The Islamic beliefs in the oneness of Allah, sending Prophets to guide humanity and the day of judgement are based on reason and sound logic. On Friday, 20th March 2015 we will see the solar eclipse.

The Quran describes the precise orbiting of the moon and the sun; “The sun travels in its orbit that is precisely determined by the Almighty and the All Knowing, and We have also determined precise phases of the moon until it turns back into a shrivelled date-stalk, neither can the sun overtake the moon, nor can the night the day as all floating in their fixed orbit” (Yasin 38-40).

This verse and the saying of the blessed messenger (peace be upon him) clearly show that Islam does not accept superstitions instead promotes the use of intellect and reason. A powerful reminder that science and Islam are not incompatible. In fact at a time when superstitions reign supremely the messenger of Islam (peace be upon him) challenged such blindness and irrationality by saying ‘this is one of the signs of Allah’. Abul Hassan al Shadhili in his famous litany of prayers ‘Hizb al Bahr’ pleads ‘O Lord! We seek your protection in every situation, from evil words, motives, thoughts, doubts and superstitions that veil the heart from seeing the reality’ Ameen.