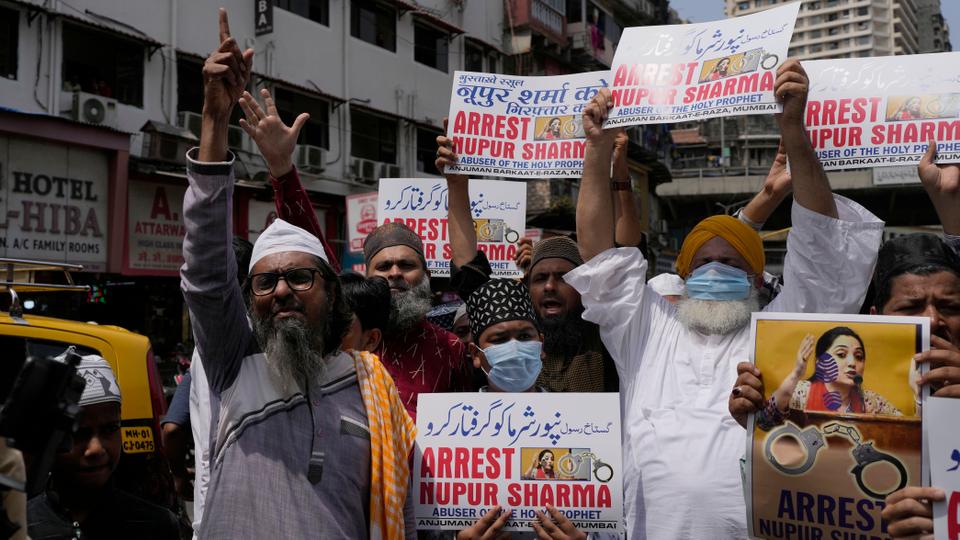 The deeply offensive remarks by Nupur Sharma against the Prophet Muhammad ﷺ have united the Ummah globally. The unifying factor is ‘love of our beloved Prophet’. Her remarks, made in a TV debate have incensed and outraged Muslims world-over.

The criticism from Muslim countries, was severe, indicating that insulting the Prophet ﷺ was a red line. Qatar’s Foreign Ministry said it expected a public apology from the Indian government, and Kuwait warned that if the comments go unpunished, India would see “an increase of extremism and hatred.” The Grand Mufti of Oman described the comments as “obscene rudeness”. Riyadh said the comments were insulting and called for “respect for beliefs and religions.” Egypt’s Al-Azhar University (the Sunni world’s foremost institution of religious learning) described the remarks as “real terrorism that can plunge the entire world into severe crises and deadly wars.”

On Thursday, two weeks after her comments, Delhi police said they had opened investigations against Ms Sharma – and a few others – “on the basis of social media analysis against those trying to disrupt public tranquillity and inciting people on divisive lines”.

Love is an intense feeling of deep affection and fondness for someone. This transitive verb requires an object. So, you love someone, you delight in them, you admire them and cherish them, in Islam we love the Perfect man, Muhammad ﷺ, Rasulullah, the Kindness for all people, the bearer of good news and benefactor of humanity. Here I recall a beautiful couplet of Allama Iqbal, where he says:

“The passionate gaze sees him as the first and the last, he is the Quran, the Furqan, Yaseen and Taha”

“The dazzling western world did not impress me at all, my eyes were filled with the dust of Madinah and Najaf”

Iqbal believed that the love of the Prophet ﷺ is a powerful shield against the influence of capitalism, communism and materialism. The love of the Messenger ﷺ gives the energy that drives the believers on the straight path, it shields them from the evil influences of society, deceptions of the ego and the snares of Satan.

The Majestic Quran describes Prophet Muhammad’s ﷺ beautiful, caring and charming character in glowing words; “A noble Messenger has come to you from among yourselves. He’s grieved by your hardships and cares about your wellbeing, for the believers he is compassionate and kind” (Tawbah: 128). He loves us, the Muslims, in turn, love him. Love is a powerful feeling of attachment and admiration, here it is for the most magnificent man who ever lived. Human history has produced many great leaders who left their marks on all walks of life; philosophers, scholars, pious saints, conquerors, poets, musicians, inventors and doctors. They changed the course of human history for the better but none like him ﷺ.

To conclude, we strongly condemn the use of any derogatory words against the Prophet ﷺ by anyone and we urge the Indian government not to allow such fanatics to insult the holy religion of Islam and provoke the feelings of Muslims.