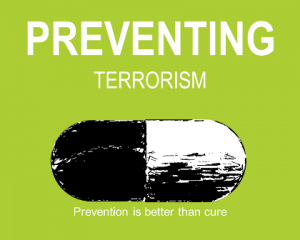 When we recognise that our thoughts are powerful and capable of transforming many things around us, even people’s moods and behaviours then we will realise how important it is to think positively. So how should we view the global village? Is the old medieval division of the world into Daral Islam and Daral Harb, the world of Islam and the world of war still relevant? Or should we use the division advocated by Muslim jurists like Ibn Abideen and the Sufis that the world consists of people who have either ‘responded’ and ‘others who need to be invited’. So in light of this fact British Muslims must look at their country Great Britain as their home, where they have an obligation to be law-abiding citizens, contributing to its economic and social prosperity. I know all too well how Muslims have integrated, adjusted and fulfilled their obligations as good British citizens. However there is an increasing resentment from some quarters which is tainting the image of Muslims. Therefore it is imperative that we do everything to tackle these misunderstandings. One such area is that of the governments prevent strategy so in this article I will discuss the perceptions and responses of British Muslims to the prevent strategy. We will examine the following:

The official government approach to the Prevent agenda

An-Nisa a leading Muslim women’s group organised an event titled ‘Critical approach to Prevent’ in Brent. Here is the official representation of the strategy by Councillor James Denselow who responded to them by saying, “The threat of terrorism isn’t new to Londoners but is now fresh in our minds following the rise of the self-proclaimed ‘Islamic State’ and the Paris attacks and the stabbing at Leytonstone tube station. Cases in the courts and in the news have highlighted Brits travelling abroad to receive terrorist training. We’re now awake to the concept of ‘lone-wolf’ attacks, by people radicalised over the Internet without having any solid links to organised extremist networks”… The risk of hidden extremism in our neighbourhoods is painfully real.  It’s no good just wringing our hands, it’s the job of those of us elected to public office to do something about this … and it’s our legal duty as a local council to cooperate with central government, the police and others to advance its objectives.
It’s important though to remember that Prevent is not just about Islamic Extremism, it tackles radicalisation from whatever direction, including far-right extremism. Indeed, around 30 per cent of ‘Channel’ cases (catching signs of extremism early amongst young people) are about far-right activity. We need communities and faith groups in particular to acknowledge that religious extremism is a real issue, and that some young people are at risk of being attracted to it. We need this to be talked about in community centres and yes, in Mosques too. We need to challenge extremism if and when we hear it”.

An An-Nisa Society spokesperson issued the following statement as a response after the meeting with Brent council prevent team on 14th December 2015. “There was a frank exchange of views…we made it clear that we thought the Prevent Strategy should be abolished and that a strong statement should be made by Brent Council about its shortcomings. The top-down whole community model stereotypes the entire Muslim community, makes it open to surveillance and increases Islamophobia. Naturally this produces suspicion and fear and undermines an individual’s sense of self and belonging. We believe the emphasis should be on developing social cohesion and tackling inequality, not creating social division”.

The Radical Middle Way asked a group of top scholars to give their opinions on how Muslims should deal with prevent strategy and they recommended four conditions:

These are based on the famous maxims of Islamic jurisprudence namely, ‘neither harm others nor be harmed’ and prevention is better (Personal communication, Fuad Nahdi).

Terrorists carry out their heinous acts to gain publicity for their cause but what is far more sinister is their motive to create division and conflict in the country and we should be aware of this and make sure they do not succeed. The entire community has to show solidarity and unity. This means that we stand together, united against such evil forces that try to divide our different communities and create rift amongst us. The spiritual and social activities we can do include; cooperation, unity and prayer.  The Qur’an lays down a principle with regards to this when it says, “And co-operate in matters of righteousness and piety” (Maida: 2).

Speaking out against terrorist groups louder than we are doing

ISIL the so-called ‘Islamic state’, Al-Qaeda, Taliban, Boko Haram, Al-Shabab are all terrorist groups and regarded as the most dangerous criminals representing the most brutal, barbaric and violent organisations. They are enemies of humanity, they are no friends of Muslims in fact they have killed more Muslims. Unfortunately, they lay claim to our religion and people mistakenly think we are associated with them. We cannot say this is not our business, it is our business and that is why we have to come out and openly, vigorously and passionately condemn them. This is a scourge of God that blights Muslim lands and its tentacles are reaching into Europe. We must speak louder against these evil monsters.

What more can Muslims do?

I believe that the only way forward for Muslims is to show that we are trustworthy people. Muslims have to convince fellow Brits that they truly care for Britain, and have its best interests at heart. The role of civic society is now far more important and greater than ever before. I recommend that Muslims should protest little but work harder at winning the trust of the wider society by:

The Qur’an teaches us not to be an extremist in our religion instead be moderate and gentle, it describes the faithful as ‘the moderate people’ (ummatan wasatan). The messenger (peace be on him) condemned extremism explicitly,“The extremists are ruined” (Muslim). I think extremism develops in four stages:

Islam teaches a wonderful antidote to this by being humble, getting to know the other and finding the truth about the other and building friendships.

What can politicians, public sector and press do?

Muslims can do a lot to improve their image, however until our politicians and the media support us we cannot achieve this by ourselves. Britain is the mother of democracy that has a mature and liberal democracy capable of coping with extremists of all kinds; the far right, the religious bigots and violent extremists. Here are three recommendations to politicians for building trust: