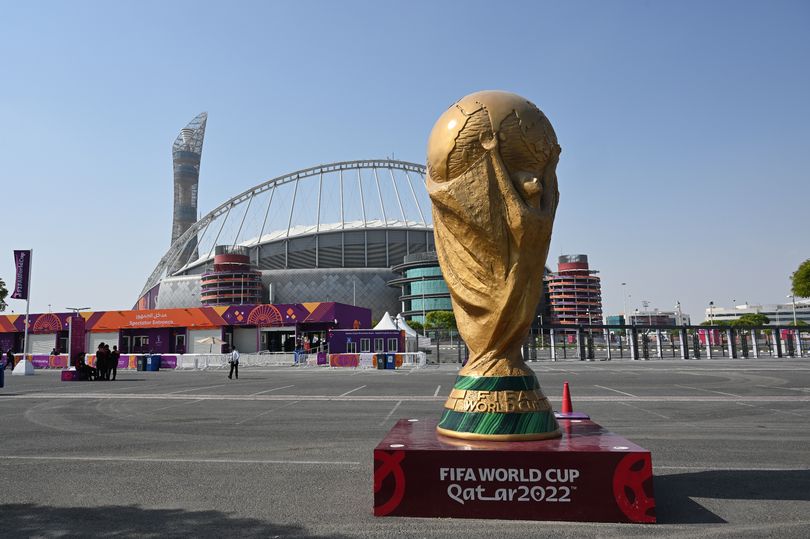 The World Cup 2022 is a super opportunity to build a positive image of Muslims. How can we help the world to understand that Islam is a religion of peace and leads to the prosperity of society? It has amazing teachings that promote brotherhood/sisterhood and equality. Now that the world’s eyes are focused on a tiny Muslim nation it’s an opportunity to give them something they never had.

In 2010, FIFA announced that Qatar will host the next World Cup and England lost its bid. Since then, the English have been very upset at that decision. Some are angry for other reasons including:

Islamophobia is endemic in the UK

Jonty Langley writing in ‘Christianity Today’ asked, “why have people been feeling so uncomfortable about Qatar hosting? It’s because they’re Muslims and Middle Eastern. Both groups have been routinely and systematically portrayed to us in the West as the enemy.”

He hits the nail on the head, this is the truth. Sadly, Islamophobia is so prevalent in the West that most Western governments and national media regard Muslims as the 5th column and are wary of the presence of Muslims in their countries. Do you remember what Boris Johnson said about Muslim women wearing Niqabs? And yet he was elected the Prime Minister of the UK.

A recent study carried out by the University of Birmingham found that Islamophobia was most common among the middle and upper classes rather than the working class. They found that a quarter held conspiratorial views of aspects of Islam. Similarly, the wider UK public holds prejudice against Muslims three times more than people of other faiths. Most Muslims in the UK are aware of this alarming trend of discrimination and prejudice against them. This prejudice against Muslims was clearly evident in the way both the government and the public treated Syrian and Ukrainian refugees.

Langley goes on to point out “we should recognise the double standards that we sometimes apply. The FA banned women from playing football for more than 50 years, and it took a spectacular winning streak for our own women’s team to get anywhere near the kind of coverage the men’s team gets automatically. At the very least, if we are to engage in performative outrage at Qatar’s human rights record we should display the same displeasure when the next World cup rolls around, will we decry the USA’s invasion of sovereign nations and its international assassination programmes not to mention it’s disproportionate incarceration of black people when it plays host in 2026?”

As Muslims, we must be critical of those who do wrong and challenge them. The Majestic Quran teaches: “Believers, be steadfast, witnesses of justice for the sake of Allah, and don’t let hatred of a people stop you from being just. Always be just, that is piety. Fear Allah. He is fully aware of what you do. Allah has promised forgiveness and a great reward to the believers who do righteous deeds. But those who disbelieve and deny Our signs, they are the companions of Hell. Believers, remember Allah’s favour when certain people intended to lay hands on you, but He held them back. So fear Allah, the believers trust in Allah” (Al-Maeda: 8-11).

This Quranic passage is telling us to always be fair since it’s a sign of piety. Yes, we should criticise Qatar for its poor safety record and other inequities, but not because they are Muslims. That is Islamophobia. We must take Islamophobia seriously and challenge those who are discriminating against Muslims because of their faith.

How can we do this? Qari Asim a prominent Imam of Makki Masjid (Leeds) commented on the controversy, he wrote in the Yorkshire post, “The World Cup shows that lack of religious literacy can lead to suspicion, distrust, division, even hostility.” The pressing question is who will educate the non-Muslims about Islam?

The best way to tackle Islamophobia is to educate

The best way to help others understand us is to go up to them, meet them, smile, look them in the eyes and extend a handshake of friendship. Once you start talking to them, watch how the dread drops, the anger cools and ignorance dissolves. Then, give them a copy of ‘The Majestic Quran’ and see their eyes light up with amazement. In Makkah the Messenger (peace be upon him) would recite the Quran and the Makkans were left stunned. They recognised its language that aroused incredible power, the content presented irrefutable arguments, drawing striking imagery with so few words. Imam Razi said, “I am a lover of knowledge, I studied philosophy, linguistics and law, but I did not find as much benefit in them as I found in the Quran. The Quran leads one to submit to Allah’s greatness and majesty.”

Motivate a Million: A Quran for everyone

Here is a project that is aimed at making the Quran available to a million people who may never otherwise ever see it. We believe that it’s the best way to bring Brits closer to Muslims, tackle Islamophobia and restore the Muslim image as honest, hard-working British citizens. Become part of this wonderful project and become an Ambassador or Champion of the Quran. Click HERE for more details.