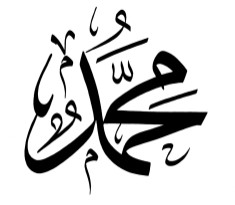 One of the beautiful names of Allah is “Al-Hadi” the Guide. This means to lead someone to their destination with care. The destination of mankind is achieving ‘falah’, success in this life and the life hereafter. Allah the gracious and compassionate has always guided humanity, from the very beginning after the creation of Adam, he has been sending Messengers and Prophets (Rasul and Nabi). A magnificent galaxy of these wonderful, specially selected, nurtured and most intelligent and sinless men of sublime character were sent. Men like Ibrahim, Musa, Nuh and Isa (may peace and blessings be upon them all). They taught their people how to worship God, how to live a moral life and  to prepare for the life hereafter.

This golden chain of prophets was a process that continued and every nation of the world received prophets. However, as with everything this process had to come to an end. The Glorious Quran categorically declared “Muhammad is not father of anyone of your men, he is the Messenger of Allah and the Seal of the prophets, a final Prophet. Allah has knowledge of all things” (Ahzab: 40).

The belief in the finality of Prophethood is unanimous

There are some Islamic beliefs that are unanimously agreed upon, the finality of the prophethood is one of them. There is a universal consensus in this belief amongst the Muslims. The Orthodox Sunni creedal formulae is succinctly and accurately compiled in a small book called ‘Aqaid an Nasafi’. This short treatise contains 61 tenets of Islamic belief, written by Imam Abu Hafs Umar An Nasafi (d .537). This nine hundred years old creed is taught in all Islamic colleges around the Muslim world. Belief number 30 is: “The First of the prophets is Adam and the last of them is Muhammad” (Aqaid an Nasafi – published by Invitation Publishing).

Muslims have zealously guarded this belief

Over the past fourteen centuries anyone whoever claimed to be a prophet was not only rejected as a kafir (disbeliever) but tried and punished by death. Soon after the blessed prophet (peace be upon him) passed away a man by the name of Musaylamah claimed that he was a prophet. He managed to gather a large group of people around him. The Muslim ruler of the time Abu Bakr immediately took up arms against him and challenged him in the battlefield where the false prophet was killed. Abu Bakr’s staunch and harsh reaction was vitally important, as any reconciliation or platitude would have divided the Muslims. It would have splintered into many sects as new prophets would have emerged but Abu Bakr understood the spirit of Islam and safeguarded the unity of Islam.

Muslims may have many differences amongst themselves, however they are unanimous about the finality of prophethood. There can be no prophet after the ‘Khataman Nabeyeen’. It has never been negotiated or questioned. All Muslims have the same understanding about it.

The evidence for this belief

The Above verse makes it absolutely clear that the Prophet Muhammad (peace be upon him) is the last of prophets. Anyone who denies such clearly definitive teaching is a disbeliever. All commentators of the Quran have interpreted “Khataman Nabeyeen” as “Last of the Prophets”. The word “Khatam” means the last. The word last is defined as follows by the Oxford dictionary: after all others; coming at the end. For example, the ‘last man’ in Cricket terms is the batsman who goes to bat last of all. Sometimes you say “last thing” meaning the final or definitive statement. Also “the last supper” of Christ – this was the final meal he had with the disciples.

The word final is synonymous with last. The Oxford Dictionary defines final as “situated at the end, coming last.” We say the “cup final”. There is no match after that. In Arabic Khatam also means ‘seal’ or “one who seals”. In this case it would mean “to wrap up something in such a way that nothing else can be inserted inside it” (Lisan al-Arab). Khatam-an Nabiyeen then means the coming of prophets continued until Muhammad (peace be upon him) arrived, he sealed this process, so that false prophets cannot enter it.

Although we can understand the meaning of the Quran using dictionaries, the best interpretation undoubtedly comes  from the prophet (peace be upon him) himself, the recipient of Divine revelation. There are dozens of authentic ahadith, which corroborate the above meaning of Khataman Nabiyeen.

Ibn Kathir (d.774 AH) after quoting several ahadith about the finality of Prophethood concludes: “the Glorious Quran and the ahadith clearly teach us that there will be no Prophet after Muhammad (peace be upon him) and anyone who claims to be a prophet, such person is a liar, deceiver, slanderer and misguided and misguiding others”.

In light of these authoritative and definitive teachings of Quran, and Sunnah it is clear that the Prophet Muhammad (peace be upon him) is the last prophet of God. Anyone who lays claim to Prophethood is a liar and disbeliever. Anyone who follows a false prophet is also a disbeliever and not a Muslim. Thereafter people who believed Mirza Ghulam Ahmed of Qadayan to be a Prophet are also disbelievers. There is no difference of opinion amongst Muslims concerning this issue.