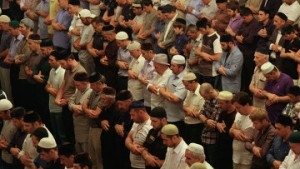 Recently I was invited by a national organisation to give a talk at their conference. The debate was on “is extremism a myth or reality?” In my speech I argued using theological and social evidence that there are some extremists amongst British Muslims. It was regrettable to see that still there are Muslim leaders and organisations that are in denial. I challenged them to move on from this debate, and to seriously think how we can tackle extremism. Denial is a feature of people who are stubborn, blinkered and unwilling to listen to others. It leads to behaviour that is characterised by being reactionary and defensive; a sign of feeling insecure and therefore unwilling to engage with others.

No wonder they are not taken seriously. My pleas for taking this opportunity to engage with the wider society and to co-operate with authorities to develop the capacity of Muslim leadership and organisations to tackle extremism sadly fell on deaf ears. I am critical of this because this attitude is not compatible with the teachings of Islam. Islam teaches that lasting peace comes from peace within us and peace between us. It also challenges us ‘are we ready to accept changes that peace demands’, the change in our attitude and our living? The Qur’an says “God does not change people until people change themselves” (Ar Rad: 11).

We may well ask what are the root causes of this sense of insecurity? At one level it’s caused by what’s happening in the Muslim world, the humiliation of Muslims in Chechnya and Palestine. And the second level is the anger and bitterness, which kills hope and holds us back from forgiving and showing kindness. Mohammad Sahnoun former Algerian ambassador at United Nations, an experienced peacemaker has this advice on offer “we cannot avoid this kind of change that starts with each one of us –willingness to listen. Solving these conflicts demands real listening to others and to taking into account others hurt. Without this there is no way of diffusing the time bomb of humiliation” (Initiatives of change, report 2007).

The Muslim is moderate

Extremist is a person who holds extreme or fanatical political or religious views and advocates extreme actions and violence. Extremism is a universal phenomenon, found amongst followers of all religions and citizens of every country.

The Qur’an defines a Muslim as ‘mutawasit’ – a moderate. Allah says:

“We made you the community of the middle way so that you maybe witnesses for mankind” (Al Baqarah: 143).

‘Middle way’ is the point of balance between the two extremes; rejecting hedonism on the one hand and asceticism on the other, cowardice on the one hand and recklessness on the other. Yusuf Ali says, “The essence of Islam is to avoid all extravagances on both sides. It is a sober, practical religion … witnesses, when two people dispute they advance extravagant claims. A just witness comes between them, and brings the light of reason to bear on them pruning all their selfish extravagances”. So the mission of Islam is to curb, the extreme forms of Mosaic Law and the extreme ‘other worldliness practised by Christian monks’. The witness must be unselfish, equipped with first hand knowledge and ready to intervene in the cause of justice, such is the position claimed by Islam among rival systems.

The Qur’an warns, “O people of the book do not commit extremism in your religion” (An Nisa: 171).

This is a warning to Muslims not to commit the same mistake as the people of past religions who became dogmatic and extremists.

The Prophet (peace be upon him) condemned extremism

Ibn Masud narrates the Messenger (peace be upon him) said: He said this three times “The extremists are ruined” (Muslim). On another occasion the Messenger (peace be upon him) described the nature of Islam in these words, he said “be moderate, bring people together, make peace and reconciliation and be happy. In order to achieve this worship your lord in the morning and at night time” (Agreed upon).

The 7/7 & 29/7 attacks in London and the attempted attack on Glasgow airport clearly shows that there are extremists in Britain and that they happen to be Muslims who are more than happy to use violent means to achieve their ends. The police have also been able to expose the networks of these terrorists.

One would have hoped that these proofs will convince the sceptics but alas there still remain Muslims who continue to believe in conspiracy theories and reject the facts. I believe it is time for British Muslims the vast majority of whom are moderate to accept the reality that there is a serious problem of extremism amongst Muslims. Burying heads in the sand and ignoring the problem is not the way forward. The law enforcement agencies are working hard and we need to support them for the safety of all the citizens and for the sake of the image of Islam. British Muslims are the people with the most smiling face or at least they were at one time – British Muslims need to recover that image.

The government has worked hard to engage the Muslim community leaders and organisations in tackling extremism. This has been in form of sharing information and consultation on various occasions with individual focus groups and umbrella organisations. This has won the support and sympathy of moderate Muslims. However I think what is needed most desperately is empowerment of the leaders and institutions. Both are inadequately equipped to fully engage with the appropriate authorities and agencies. Muslim leaders need a lot of continuous professional development to carry out the task of providing positive leadership. Muslim organisations desperately need capacity building. They are not equipped to design, plan, budget and run even basic simple projects. Lot of training and capacity building is required so that they are capable of delivering the key strands of the government agenda for winning hearts and minds.

Let me begin by sharing with you my experience and knowledge of what Muslim community organisations are capable of doing. What capacity do they have to tackle extremism? Can they work with the public sector or with other partners? I think it is important to take stock of this!

What are Muslim organisations doing? This can be summarised under the following three headings:

3)    Integrating and being proud of being British

In the past forty years the Muslims have been actively involved in developing their voluntary sector and transforming the community by developing infrastructure, it started with welfare societies to help the newly arrived immigrants to settle down. Setting up mosques followed this. Today there are some sixteen hundred mosques in Britain. The number of madrassahs – evening and weekend Quranic schools is twice as many. My estimate is that there are over 500,000 children between 5-14 attending these evening schools daily and spending 6-10 hours per week. Here they learn to read the Quran and how to perform worship.

There are supplementary classes which teach the mother tongue; Urdu, Gujarati and Arabic. Muslims have closely observed their Christian and Jewish cousins and some twenty years ago decided to set up full time religious schools. As a consequence there are now nearly 150 full time Muslim schools – which teach the full national curriculum as well as Arabic and Islamic studies. I regard them as the bastion of British Islam as they are striving to create a genuine British Islam.  Most of their teachers are British born and have gone through the British Educational system.

Another important Muslim institution is the charity sector. There are hundreds of charities, which raise millions of pounds annually for good causes.

Over the past twelve years nearly 30 radio Ramadan’s have been established in major cities. These are run by volunteers their RSL radios are community’s way of speaking to one another. There are also five full time Muslim community radio stations.

The development of this vast community infrastructure has a particular focus of developing young people’s Islamic and British identity. This aim is well expressed by a prospectus of a Muslim school as it describes its aims:

The four reasons for establishing a Muslim School are:

These aims of a Muslim school reveal that as the community passes through its adolescent phase it’s coming across lots of question marks and unsolved issues, the community leaders know all too well that there no magic solutions and that they must struggle with the weapons of the spirit, with the moral and spiritual inner resources.

Integrating and being proud of being British

The British Muslim community is beginning to reach out to build bridges with the wider society. This is a sign of a confident community that is proud of being British. There are several interfaith initiatives of which Muslims are a part – it’s a new field, our Christian friends in particular encouraged Muslims into this field. It seems to be a promising area for building strong community relations. The setting up of the Christian Muslim forum is a good example of this. These interactions encourage dialogue and help us to look deep inside ourselves, introspection, something we all need to do desperately.

There are several organisations and enterprising individuals who are promoting understanding of Islam and Muslims to private and public sector. This raising of awareness amongst the wider society has a positive impact on community relations as it overcomes prejudices and myths.

The publications of leaflets and flyers about Islam, Muslims against terrorism is another way that the Muslims are reaching out. Many more Muslims are contributing regularly to the media, providing advice and information: mosques are also beginning to open their doors to the community, in the form of mosque open days. The Islam awareness week is also an important event held in November, its aim is to introduce people to Islam.

The Muslim community is a young and active, it is working hard to build its socio-religious infrastructure. It has heavily invested in its mosques, schools and charities. The overriding concern being the welfare of its young people, their physical and mental health educational attainments and economic prosperity.

The government has done well in engaging with the Muslims, however what is needed is empowerment. This will help in the development of leaders and the capacity building of the institutions. A positive outcome of his investment will be the prevention of extremism.

The areas that need particular attention are young people and women. Organisations working with these groups must be resourced on long-term basis.