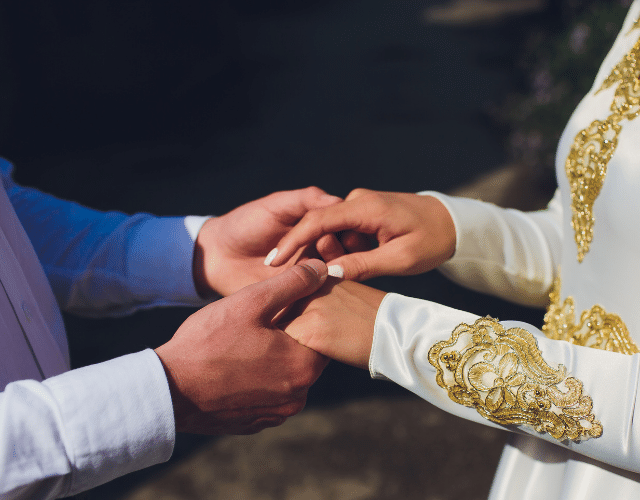 Recently, an unscrupulous group set up something called nostringsnikah. This is clearly a violation of the Islamic principles of decency and modesty; it contravenes the universal value of respect for women and strikes a fatal blow to civilised society, promoting lewdness and sexual impropriety. Brother Adeem Younis the founder of Penny Appeal challenges this ludicrous, irreligious movement with passion and logic. Adeem is an experienced Muslim matchmaker as he also founded Singlemuslim.com more than twenty years ago. This was instrumental in sorting the marriages of thousands of young Muslims.

Some of you will have seen a newly registered website doing the rounds on social media, Nostringsnikah.com. It’s shocking to see the commentary when something like this pops its ugly head, especially from Muslim men. Suddenly, relationship gurus spring up everywhere, waffling on about the complexities of shifting sexual ethics and the diverse formulations of the Nikkah contract in our 1,400-year legal tradition. It’s claptrap! The lengths our men go to justify putting themselves on a waiting list! I’ve been in this matchmaking world for over two decades and I believe it’s the ‘strings’ in a Nikkah that make it beautiful. Advocating for relationships without responsibility is at best reckless, at worst disaster.

Islam came to lift souls, perfect character and love humanity. We sincerely submitted to these principles and bowed willingly to the Wise, Kind, Divine Will. The strings in the Nikkah contract are not just binding you to one another, they’re binding you to the loving Lord. The Messenger (peace be upon him) said, “Marriage is half of your religion, now complete it by becoming even more mindful”. That’s no small thing. Cut those strings and literally “the throne of God shakes with anger.”

From one perspective, the Islamic marriage is a solemn contract (Meesakan Ghaleeza) thus an amazing feat of social engineering. It states the rights and the responsibilities of the couple. It forces cupid-drunk hearts to take off the blindfold and recognise it as a social contract. The uncontrolled human ego means selfish desires are like a wild beast. To let it loose, untethered, it will devour you. Tie it and tame it, it will serve you well.

A word of warning to the founders of ‘No String Nikkah’ and those considering signing up. Very soon, you’ll have a long list of misguided/unscrupulous men on your waiting list. There’s an army of them, ready for a no-strings relationship. There’ll be women who sign up too, but for the most part, it will be out of resignation. Women want long-term committed relationships, but some, either through despair or low self-esteem, will settle for less. They will be in the minority and they will have their choice from a vast array of broken and bestial men, who will offer them everything under the sun except what a real man can offer; commitment. Think about it, it’s men who are the gatekeepers of committed relationships.

Our young people are struggling, suffering loneliness and hiding in silos. Let’s help them gain strong moral values. Let’s aid them to sort out their lives in the way Allah taught us, the way the beloved Messenger (peace be upon him) showed us, and how our wonderful ancestors have been living. Let’s heal, spread the good news and bind ourselves with each other. May Allah help us all. Ameen!

I would like to thank Adeem for raising this issue and reminding us to be vigilant. Popular culture is saying “if it feels good, do it.” Telling us to be selfish and urging us to do anything that makes us happy. This is wrong. Islam sets boundaries and limits that safeguard our purity, health and moral well-being. Breach these boundaries and you will tarnish your conscience, and feel guilty and wretched. Adeem pointed out that Islamic marriage, its simple conditions and strong strings guarantee our happiness and success.

Let us educate our next generation about the amazing way Islam and how it protects us from unscrupulous people. This means reading about Islamic law and social values around Nikkah. Here, I present to you my book that I wrote when I was a student at Al-Azhar in 1992, ‘Time to Marry.’ Click HERE to get your copy.