It is Forbidden – Absolutely Haram! 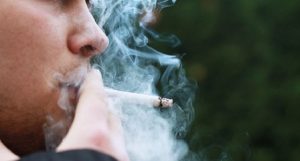 With the growing health awareness in Britain more and more people are giving up smoking. The Health Act of 2006 banned smoking in public places and has undoubtedly had a positive impact and more smokers are quitting. There is an urgent need to increase the awareness of health benefits of stopping smoking amongst the Muslim community.

For a long time Muslims have ignored the issue of smoking, regarding it merely as makruh – as a disliked activity. However since the last five decades research has conclusively established that cigarettes contain some 4,000 different chemicals and 42 of those are carcinogens i.e. cause cancer.

In light of these scientific facts, it is obvious that smoking is a very harmful activity, which is equivalent to slow suicide. Therefore it is Haram and completely forbidden. Anyone who engages in this activity is disobeying the Divine Law and therefore incurs the Divine wrath.

The aim of this fatwa is to encourage Muslims to give up smoking and adopt a healthy lifestyle. A fatwa is an authoritative ruling on a point of Islamic law given by a mufti – a competent Islamic scholar. It is a binding proof (hujjah) like the decision of a judge in a law court and therefore a fatwa must be followed.

The society or a government usually issues Fatawa on a problem that an individual or the society encounters. Most Muslim countries have Shariah courts or councils of scholars, which issue the fatawa.

Before we issue the Fatwa here are some medical facts about smoking.

Cigarette smoking is addictive – nicotine rush. Cigarettes contain tar, which damages the cells in the airway of a lung. Eventually this damage can produce cells whose growth is uncontrolled leading to cancer. The more cigarettes one smokes the greater the risk of cancer.

“ Since it became common in the Seventeenth century, the scholars have expressed differing views about its legality, the reason being that they were not quiet sure about its actual harm. Therefore, some said it is forbidden, haram, others said it is permissible and yet others believed it to be offensive, makruh. Amongst those who regard it forbidden are the following:

(Excerpts from the Encyclopedia of Fiqh, Ministry of Awqaf, Kuwait).

Their arguments for forbidding smoking are:

Maulana Ahmad Raza Khan Brailvi (d:1921) says: “If cigarette are smoked for intoxication then they are haram, as they cause harm to mind and body … similarly if using tobacco in Paan is taken for this reason it too is haram” (Fatawa Rizwiyya).

Five facts to help you quit

The benefits of stopping smoking are immense. The best way to avoid the effects of smoking is never to start. The sooner you stop smoking the less damage is done. Symptoms such as coughing begin to decrease within a few days or weeks. Improved sense of taste and smell and more energy. The risk of cancer decreases with time and after 10 years the risk is almost the same as a life long non-smoker. It’s never too late to stop.

Can smoking be stopped?

Many people think this is very difficult. But more and more are managing to kick the habit. Some people have physical and mental withdrawal symptoms for a few days e.g. shaking, irritability etc. These improve after about a week. These can be improved by taking nicotine replacement gum, spray or patches. It’s better to stop altogether than to cut down slowly. Choose a definite day to stop. Don’t give up if you have a lapse. Take one day at a time. Consider it as a choice not to smoke rather than as a deprivation. Try not to substitute in overeating although it is common to put on some weight. Try to eat the right foods and to start gradual exercise. Give yourself small treats with the money you save. Smoking is a learned behaviour. It can be unlearned.

What role can Ramadan play in helping someone to give up smoking?

We must remember the month of Ramadan is a month of fasting, it is a month of spiritual awakening an opportunity to become close to Allah – A time to strengthen the faith. During the 30 days of this month a Muslim is obliged to fast. This means we cannot eat, drink, smoke or have sexual relations. Its abstinence from all these pleasures.

Now if the smoker can give up smoking during the fasting period, from dawn till dust (nearly 18 hours) there is no reason why they cannot continue for few more hours before they go to sleep. Fasting is about leaving things, for the smoker its leaving smoking! These thirty days of fasting is really training in self-control and self-discipline.

It is an ideal opportunity for them to build up resistance to smoking. To strengthen their will against the temptation. I believe that a Muslim smoker who does not give up smoking at the end of Ramadan has not really reaped the benefits of this arduous and most difficult worship and that is a pity! May Allah protect us all.