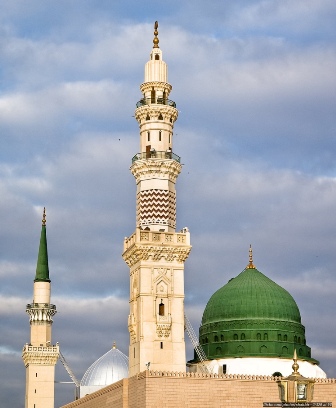 This article is a response to comments regarding the book “Maulana Ahmad Riza Khan Barelwi – Reviver of the Islamic Spirit. 1856-1921” (published by The Invitation).

Whoever supposes that faith is realised through speculative theology, abstract proofs or academic divisions is an innovator. On the contrary, faith is a light that God, the Sublime and Exalted, casts into the hearts of His servants with bounty and grace from His presence. Sometimes faith is evidenced internally and is impossible to express; sometimes, through our vision while asleep; other times, by witnessing the state of a pious man and receiving the emanation of his light as a result of his companionship and presence; and then there are times when faith comes by the concurrence of circumstance. Indeed, a Bedouin came to the Prophet (peace be upon him), denying and disavowing him. But when his eyes fell upon his radiant aspect (may God increase its dignity and nobility), he saw in it the light of Prophethood and exclaimed, “By God! This is not the face of a liar!” He then implored the prophet (peace be upon him) to explain Islam to him and immediately embraced it.

Abu Huraira narrates the Messenger (peace be upon him) said: “the most disgraceful name on day of Judgement in the sight of Allah will be a man who called himself the King of Kings” (Hadith no. 6205 & 6206 fath ul Bari commentary of Bukhari by Ibn Hajar pub Maktaba Salfiyya. Cairo 1380 AH). Ibn Hajar concludes that it is forbidden for anyone to call himself king of kings. “There will be severe wrath of Allah on anyone who thinks of himself as king of kings”.

The question is how can it be correct to call the Prophet (peace be upon him) “King of Kings” when it is forbidden? First of all the prohibition is for any king to call himself by this title and to adopt such a title. This is a clear prohibition for worldly Kings to refrain from adopting such grand titles, which are false. However the Messenger (peace be upon him) was not a king, but for Muslims he is more important, more respectable and has greater authority than any king. Therefore metaphorically he is the King of Kings, although he personally would never use that title. So how can Ala Hazrat justify calling him “King of Kings”?

We must remember that this is a poem, where the poet is pouring out his love for the Messenger (peace be upon him) and wants to show that he has more authority than any worldly king. This couplet does not come under prohibition of the Hadith. Imam Ahmad Riza Khanwas one of the greatest Muhaddith of his time who had Ijaza (certificate) in Hadith from the renowned Scholars of Makkah and Madinah. He had studied Bukhari very thoroughly so he was well aware of what he was saying.

The Hadith prohibits self-claim to being King of Kings. It doesn’t prohibit others from giving the Prophet (peace be upon him) this title metaphorically. Finally we must not confuse poetic language with legal language.

It has also said been alleged that we cannot use the creators name for his creatures. This is not true. The Qur’an repeatedly uses God’s names to describe Prophets for example:

Furthermore, Qadi Ayad gives evidence for each of the Divine names used for the blessed Messenger (peace be upon him). At the end of this section he makes this revealing comment “for those of weak imagination and poor understanding. It will purify such people from traps of ambiguity and rescue them from subtle distortions. The point is that all should believe that Allah in His immensity, greatness and malakut …does not resemble any of his creatures and none resembles Him. What the Shariah applies to both the creator and creature cannot in reality be considered as similar, since the attributes of the out of time are different from the attributes of the created beings. Just like his essence is not like other essences … “there is nothing like Him”. Al- wasiti said, “There is no essence like His essence. There is no name like his name. There is no action like his action. There is no attribute like His attribute – except in as much as the expressions are similar”.

Also, the following phrase has received criticism: “You have visited Ka’bah now visit Ka’bah of Ka’bah”. Imam Ahmad Riza Khan here refers to the Messenger (peace be upon him) as the “Ka’bah of Ka’bah”. In this metaphor the poet is simply stating the fact that the blessed Prophet (peace be upon him) is superior to the Ka’bah. No Muslim disputes this. Here is what the Qur’an says about the relationship of the Messenger and the Ka’bah. “We see the turning of your face towards the sky: we will now turn you towards the Qibla that shall please you” (Baqara: 144). Imam Razi commenting on this verse says “the Muslims used to face towards Jerusalem for seventeen months in Madinah. However the Messenger (peace be upon him) wanted to face towards Masjid Al Haraam in Makkah, so he waited for the divine command and this verse was revealed.”

It is important to remember that these concepts reflect the interpretations of Scholars. They are not necessary parts of Aqeedah: the Islamic creed. Therefore it is not a requirement to believe them, however Muslim scholars over the centuries have exerted their efforts in deepening their understanding and also have enriched our literary heritage.

I end this rebuke with this prayer “May Allah make you and us firm in Tawhid and make our areas of misguidance and errors which lead to atheism and anthropomorphism by this favour a Mercy”.