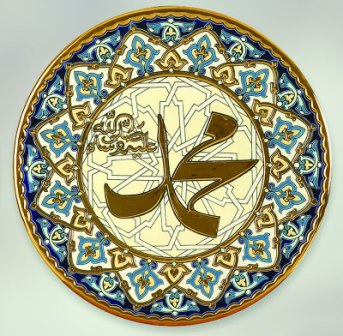 This article attempts to explain the meaning of the Quranic verse, “We sent you, Messenger, as a kindness for all the worlds” (Anbiya: 107). A traditional meaning is presented from a classical commentator; it is suggested that the best way to interpret this epithet, “kindness for all the worlds”, is to look at the  character of the Messenger ﷺ , and the way he ﷺ presented a sublime and a perfect model of living as a human being.

What is the meaning of kindness for all the worlds? Why is he ﷺ called “Rahmat ul lil aalimeen”, asked Shaykh Mahmud al-Alusi, the famous commentator of the Quran. He used a metaphor to explain the meaning and said, “He is the root and the world is the branch”. This metaphor emphasises the eminent position of the Messenger ﷺ. The root not only provides an anchor and stability to the plant but the nourishment needed by the trunk, the branches, leaves, buds, flowers and the fruits. All these need the root. Without the root they would wither and die.

The Prophet ﷺ is “kindness for all the worlds” in the sense that through him, everything derives sustenance and Divine Mercy. “Rahmah” means to do a favour to someone, to give benefits to others, to have pity and show kindness. In this context, the implication is that Muhammad ﷺ has enormously benefited not only the Arabs and Muslims but the entire world, therefore he is the benefactor of mankind. Allah is “the Lord of all worlds” and He has made his Beloved Messenger ﷺ the “kindness for all the worlds”.

There is another interesting word, “rahim”, that is derived from “rahma” and means the mother’s womb. The womb nourishes, sustains and protects the unborn and it caters for its needs. This is another wonderful metaphor for our Prophet Muhammad ﷺ as a Benefactor of Mankind. The one who fulfils human needs, such as the need for guidance, a model for moral behaviour, a model for a successful lifestyle in the world and the hereafter. His teachings provide a shield against wretchedness and evil.

However, when it was the turn of Muhammad ﷺ, the Quran proclaimed, “Allah will not punish them as long as you are amongst them”. The tafseer of Rahul Biyan tells the following story to explain the meaning of “Rahmat al lil aalameen”. The Messenger ﷺ once asked Jibreel, “Tell me how I am ‘rahmat al lil aalameen’ for you?, What have you gained by my rahma?” Jibreel replied, “O beloved, I was unsure about my fate until you arrived, since I had seen how Iblis had been rejected by the Allah and what had happened to the two angels Harut and Marut. But now I am confident about my fate because Allah has praised me in the Quran.

Allama Iqbal, the illustrious poet and philosopher of the East, expressed eloquently the meaning of this Quranic term as follows in a couplet:

“Both intellect and passion benefited from his teachings. The intellect achieved inquisitiveness and the heart intense passion and love. The grandeur of king Sanjar and Salim is a reflection of your majesty whilst the poverty of Junaid and Bayazid represents the beauty of your character”

The teachings of the Messenger ﷺ were not like the teachings of a philosopher that just satisfy the intellect, but his message satisfied the yearnings of the heart. Once a terrified and persecuted group of early Muslims living in Makkah came to the Messenger ﷺ and pleaded with him, “curse the unbelievers we can no longer tolerate their torments; they are cruel to us!” He ﷺ replied in his characteristic sweet manner by saying, “I have been sent as a mercy and not as a punishment”.

The trip to Taif

The intense trials and tribulations of the Prophet’s ﷺ trip to the city of Taif illustrate in abundance the virtues of forgiveness and forbearance, which were the hallmark of his gentle, stoical personality. This trip came soon after the death of his beloved wife and constant companion of 25 years Khadijah, as well as that of his uncle Abu Talib, who had been an impenetrable bulwark that stood between his nephew and the brutal Quraish. The Prophet’s ﷺ life was in emotional turmoil at this time with no moral support from Khadijah or protection from Abu Talib. With his uncle gone, the Quraish sensed the Prophet’s ﷺ vulnerability and sped up their vicious and relentless campaigns of hatred and hounding.

He decided to try the nearby city of Taif, hoping that his call to Islam would find more willing recipients there than he was having at that time in Makkah. However, the tribe of Thaqif, who ruled the city, not only declined to listen to him but mocked and ridiculed him mercilessly and expelled him from the city. In the face of such a fierce opposition, the Beloved Prophet ﷺ had no choice but to retreat hastily. They ran after him, pelting him with stones, which caused him severe injuries. In excruciating mental, physical and emotional pain, bleeding and exhausted, he took refuge in a vineyard. Feeling dejected, forlorn, helpless and humiliated he ﷺ raised his hands and prayed a prayer, which has become an iconic symbol of utter submission to the will of Allah in the face of complete and total despair.

I could write a whole thesis on the depth, the intensity, the beauty and the very moving humility of this magnificent supplication, and still it would not do an iota of justice to its unique splendour. He ﷺ prayed:

“Allah! Please consider my weakness, my shortage of means, and the little esteem that people have of me. Oh, most Merciful Lord, You are the Lord of the oppressed and you are my Lord. To whom would you leave my fate? To a stranger who insults me? Or to an enemy who dominates me? Would I that you have no wrath against me! Your pleasure alone is my objective”

Amongst the Prophet’s ﷺ contribution to the welfare of humanity are his teachings about the dignity and the respect of human beings. Before him, people had sunk very low, and were slaves not only to their own passions but to the whims of feudal lords, kings and masters. Legendary idols were worthier than the human blood. Hence men were sacrificed to please these idols. Muhammad ﷺ, the benefactor of humanity, gave back to humanity this lost dignity and proclaimed that humans are the most valuable gem on this earth. He taught that we are the vicegerent of God, and are the crown of his creation for which the entire universe was created. “He is the one who created for you whatever is on the earth” (Baqarah: 29).

Again Allah says, “We honoured the children of Adam and gave them control on land and sea and gave them sustenance from pure things and distinguished them above our other creation” (Isra: 70).

The following three powerful examples clearly demonstrate the kindness and caring nature of the blessed Messenger ﷺ, they show that he ﷺ loved people and that this was his outward expression of Divine love.

The Prophet ﷺ taught kindness towards fellow humans: “The most gracious Lord is kind to those who are kind to others. So be kind to those on earth and the one who’s in the heavens will be kind to you.”

The impact of the Prophet’s ﷺ character on his followers

The most sublime and beautiful character of the Messenger ﷺ had a transforming impact on all those around him. After all how could it be that his loving, charming and almost enchanting personality fails to influence the companions? The sweetness of his character, kindness, generosity, gentleness and forgiveness were infectious, those who came in contact could not escape their impact. Here I have just selected two examples of his companions who were transformed by the Messenger ﷺ.

The teachings of Muhammad ﷺ about the dignity of people were practised in real life. The transformation brought about by the Messenger ﷺ in people’s character was amazing as the following incident illustrates. This took place during the caliphate of Umar رضي الله عنه and is perhaps a unique one in annals of human history.

Anas reports that we were in the company of Umar رضي الله عنه when a young Coptic came up to him. He complained that he had been mistreated by the son of the Egyptian governor Amr bin al As. He said ‘in a horse race my horse was winning and I jumped with excitement ‘my horse is winning’ but Muhammad bin Amr remarked it’s my horse not yours. I insisted it was mine, the governors son wouldn’t listen, when the race ended I said look it’s mine. He began to whip me saying ‘don’t you know I am the son of the most eminent’.

During Umar’s رضي الله عنه caliphate, there was severe famine in Madina. Umar رضي الله عنه was very concerned about the shortage of grain and food, he was worried about people’s sufferings. One day he heard that a large caravan was bringing grains to Madina, it belonged to Usman. Umar was excited and happy that at last he could feed his people, so he rushed to Usman, proposing to buy his entire load of grain for the treasury so that it could be sold at a subsidised price to the needy. He offered Usman رضي الله عنه a good profit. But Usman refused the generous offer and said today I can get far greater profit than what you are offering. Umar was devastated and shocked to hear this from a man who was honoured by the Messenger ﷺ with the grand title of ‘ghani’, the generous, and the charitable. As Umar walked back to the treasury he was wondering what had happened to this most generous of the companions, how the world had made him greedy. All kinds of criticisms came to his mind. He lied down in a state of shock, thinking what to do next.

He then heard a caller making an announcement, he asked the treasury staff to go and find out what was happening. They came back and told him that it was Usman distributing his grain amongst the people. Umar رضي الله عنه was very surprised and amazed, he hurried to Usman رضي الله عنه, who had nearly finished distributing his entire stock of grains. Umar enquired of Usman what this was all about. Tell me why you did this? I had offered to buy your grain for a reasonable profit but you refused saying you could make a far greater profit today. Where is your profit? Usman said I bargained with my Lord who has promised me a minimum profit of seven hundred times. This was the character transformation that the Prophet ﷺ had brought about.