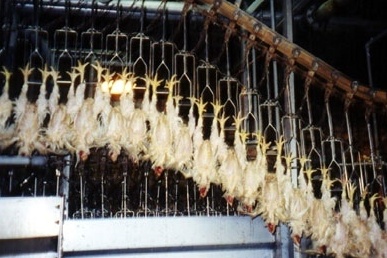 The Slaughter of animals by mechanical means, (including sacred blade) is not permissible and considered haram (forbidden) for Muslims. A Halal Conference was held at Hijaz College, Nuneaton, UK on February 22nd, 2014. Religious scholars from different schools of fiqh and Halal industry experts were present at the conference.

Halal Authority Board (HAB) proposed to get a declaration signed off by all attendees stating that, “The slaughter of animals by mechanical means, (including sacred blade) is not permissible and considered haram (forbidden) for Muslims. Only hand slaughter undertaken by Muslim Slaughter men is acceptable and considered as Halal.”

Religious Minister of Craven Arms Islamic Centre, Imam Sohaib Peerbhai said, during the conference, “The Muslim community is united on the issue of Mechanical Slaughter being unislamic. Hopefully we can now work on other pressing issues.”