How do you solve a problem like Harvey Weinstein?

Sexual harassment is common in the workplace, statistics suggest more than 40% of women have experienced it. The disclosure of the allegations of sexual behaviour of the Hollywood director Harvey Weinstein has come as a shock but no surprise. We find it shocking because it reveals something about ourselves, our culture and the values that we espouse in a post-modern society. Stephanie Zacharek in Time magazine (October 23, 2017) asked “how do you solve a problem like Harvey Weinstein?” The writer is resigned to the idea that young beautiful actresses will give into male bullies for the sake of keeping their part in the films or to advance their career. She says, “this is an unwritten rule of silence that protected Harvey Weinstein for a long time.” Unfortunately, the writer has little wisdom to share besides a lament. Here is where religion comes to society’s rescue. Mira Sorvina an actress who worked for Weinstein was also one of his victims. She wrote in The Times Magazine, “we live in a culture in which sexual harassment and rape are rife, part of the power dynamic between men and women in the workplace.” This is a condemnable state of affairs and should not be tolerated by a civilised society.

Harvey Weinstein and the like, have for over 40 years been producing films that portray sex as an ordinary, cheap and common human activity that can be engaged anywhere with anyone at any time. As such, we can argue that he was championing liberalism and promoting promiscuity, sexual perversion and the ‘party’ lifestyle. No amount of criticism of such male predatory behaviour nor the behaviour of perceived ‘loose females’ as portrayed by this industry can be justified. What it suggests is that our society has gone beastly with respect to basic human instinct. This has developed to become promiscuous, cheap and a mundane activity to be bought and sold. The lack of social control within the film and music industry promotes sexual appetites that is devastating for all. The individuals affected are; husband and wife, children and the wider society. The soaring divorce rate and broken families are perhaps one of the side effects of such lifestyle. 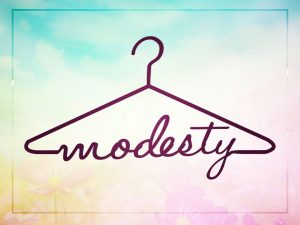 What does religion offer?

Religion seeks to control these powerful instincts and urges in order not to disrupt human society. Examine the following three powerful orders about sexual propriety and you will see their effectiveness and benefits. Had Weinstein and others obeyed these orders they would have been spared the humiliation today.

The first suggested order is “do not be alone with a woman other than your mahram”, the term mahram refers to one’s wife, daughters, sisters, mother, aunts and nieces. Beside these women, don’t be alone with a strange woman because the third presence would be Satan. It is argued that this demon whispers all kinds of evil into your head. This strategy is one of the most powerful preventative method to avoid opportunities for misbehaviour. Simply put – don’t put yourself into situations that lead to evil temptations and allow such demons to attack you. If rules were used to dissuade men and women being alone, behind a closed office door, or having business dinners the temptations would be diminished. I believe this is one area of human resources that should be researched so that women and men are provided right guidance, taught manners and behaviour appropriate for a mixed environment.

The second order is, “Tell the believing men to lower their gaze and be modest;[1] that is best for them. Allah is aware of what they do. And tell the believing women to lower their gaze and be modest; they shouldn’t expose their beauty in public, except what is normally showing; and cover their bosoms with headscarves; they should only display beauty to their husbands, fathers, fathers-in-law, sons, stepsons, brothers, brothers’ sons, sisters’ sons, female servants, slaves, any male attendants who are free of sexual desire, and children who are indifferent by the sight of women’s private parts; and they shouldn’t stamp their feet to draw attention to the beauty, which they hide beneath their clothes. Believers, turn to Allah, all of you, so you may be successful here and in the Hereafter”. (Nur: 30)

A simple message of self control, don’t let your eyes wander around and search for others beauty, instead respect your own inner beauty. Why drool over another person’s gorgeous looks to disturb your own inner peace? How foolish? Purge yourself of these fantasies otherwise they become an infatuation, an uncontrollable craze. You might excuse yourself about entertaining wrong thoughts and fantasies in the privacy of your mind, by saying “what harm will it do?” It will do far more damage than you think! You become what you think, it may lead to Sexual harassment; violence and dishonouring human dignity. If these thoughts persist and grow stronger, they will lead towards committing rape or adultery. It’s high time that we condemn how women are portrayed in films, magazine covers and in tabloids. We need to set out a new wholesome vision to respect everyone, men and women. Muslim scholars teach: look at a woman as your daughter, as your sister, and as your mother and your beloved wife.

The third order is “dress modestly”, this applies to both men and women. Don’t display beauty as though it’s something for sale. The Majestic Quran instructs: “Children of Adam, We’ve revealed to you the idea of clothing for adornment and to cover your nakedness,[2] but the clothing of piety is best of all. That is one of Allah’s signs to humans, so that they might pay heed. Children of Adam, don’t let Satan tempt you as he tempted your ancestors and got them expelled from Paradise, stripping them of clothing, exposing their nakedness. He and his type observe you from a place where you can’t see them. We made those demons the friends of disbelievers. Whenever they perform an act of indecency, they say, “We found our forefathers doing it; Allah has ordered us to do it.” Say, Allah does not order acts of indecency. You are saying things about Allah that you don’t know?”[3] (Al-Araf: 26-8).

A society that proudly encourages its daughters and mothers to ‘walk the catwalks’, appear on the covers of magazines and act indecently in films, lives in a state of hypocrisy. It’s easy to blame one individual but the whole entertainment industry from Bollywood to Hollywood is mischievous and corrupt. How can its captains remain pure when they are preaching devilish fantasies and promoting promiscuity and perversion? I agree with Mrs. Sorvina that we should encourage other victims of sexual harassment to speak out against their offenders “I am here to encourage mass speaking out.” She says, “the real evil doers called out and punished to the fullest extent of the law. We must, can and will work together to change that culture right now so that we may walk head on and unbowed, unafraid to live our lives in freedom, solidarity and power.”

[2] Reesh refers to a bird’s plumage, the beautifully coloured and patterned feathers.

[3] This verse condemns the unlawful sexual acts and also the idolaters’ practice of performing the Hajj in the nude.