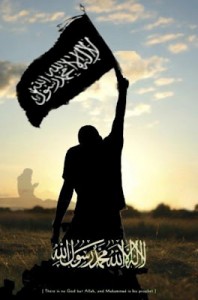 The 9/11 terror attacks in New York not only killed 3000 innocent and injured thousands of people, they have sowed seeds of hatred between the West and Muslims. The wretched process of demonisation was unleashed on both sides having hey days! On one side Islamophobia (the dread and hatred of Islam) and on the other hand anti-West rhetoric. In this clash of two extremes many things have become confused and misunderstood. Amongst the concepts that is the most misunderstood is jihad described as ‘holy war’ or ‘terrorism’. In this article I will shed light on the true meaning of Jihad from classical scholars and show how important Jihad is for bettering the human condition.

The most common Quranic term for fighting is ‘Qital’. This occurs 44 times in different forms e.g.

“And fight in God’s way those who fight you and do not transgress” (Al Baqarah: 190)

“And fight in God’s way and remember God is all hearing and all knowing” (Al Baqarah: 244)

A contemporary Muslim Jurist Pir Muhammad Karam Shah comments on these verses as follows: In these verses the oppressed Muslims are being given Divine permission to use force against force. For fifteen years they had been bitterly persecuted and they endured patiently and silently. In order to understand the Quranic command of Jihad three things must be understood:

3) And what are the conditions for fighting

These eloquently and concisely answer these questions about the purpose of jihad it says, “In God’s way”, for upholding the truth and justice and not for looting, economic and industrial competition, racial prejudice or other lowly instincts. The believer does not fight for such degrading purpose.

With whom? It says “Those who fight you“ but with the condition: “you do not transgress”. When passions are inflamed and the fire of revenge is raging do not be unjust! Since “God does not befriend the transgressors”. Women, children, disabled, elderly, peasants, priests and labourers who are non-combatants should not be harmed in anyway (Zia ul Quran vol 1:P132).

Abdullah Yusuf Ali comments as follows on these verses:

“War is permissible in self-defence and under well defined limits. When undertaken it must be pushed with vigour, but not relentlessly, but only to reinforce peace and freedom for divine worship”. Further on he says: “Islam is the religion of peace, good will, mutual understanding and good faith. But it will not encourage wrongdoing, and its men will hold their lives cheap in defence of honour, justice and religion, which they hold sacred. Their ideal is that of heroic virtue combined with unselfish gentleness and tenderness, such as is exemplified in the life of the prophet (peace be upon him). They believe in courage, obedience, discipline, duty and constant striving by all means in their power, physical, moral, intellectual and spiritual for the establishment of truth and righteousness”.

Muhammad Asad a contemporary European commentator of the Quran understands the following from these verses:

“These verses lay down unequivocally that only in self-defence (in the widest sense of the word) makes war permissible for the Muslims”. “Permission to fight is given to those against whom war is wrongfully waged” (Al Hajj: 39). This verse lays down the fundamental principle of self-defence as the only possible justification of war” (The message of the Quran P51).

Further evidence for the defensive war comes from the prophet’s march to Tabuk in the 9th year of Hijrah. When the Romans failed to appear on the battlefield, the Prophet did not go and attack. He returned home with his mighty army of 30,000 soldiers.

According to Murad Hoffman the concept of Jihad since the times of the crusades and the reconquering of Jerusalem by the Salah-ud-Din has been primarily understood in military terms (In Islam youth 21, Morality and materialism issue 5).

Now I would like to present two great classical scholars and their views on Jihad. Imam Nawawi (d.651) and Imam Ibn Hajar Al-Asqalani (d.852 AH) perhaps one of the greatest scholars that lived.

In his most famous collection of Ahadith ‘Riyad-us-Saliheen’ Imam Nawawi has a whole book dedicated to Jihad. It opens with six most powerful verses, praising the mujahideen urging to fight in God’s way and the wonderful merits awarded to the mujahid. He then cites 68 rigorously authenticated Ahadith.

He then mentions a hadith, which praises the soldiers defending the borders and living in the forts. Followed by a hadith praising the mujahideen for example, The Prophet (peace be upon him) said, “The dusty feet of a mujahid fighter will not be touched by hell fire”.

The chapter continues with stories about disciples’ eagerness to fight and be prepared and their training for jihad, breeding and keeping horses for jihad.

The penultimate hadith is where the prophet (peace be upon him) said, “Never wish to fight the enemy, if you do meet him then be patient” (agreed upon).

The final hadith reveals the nature of fighting, “War is trickery”.

Bukhari’s book of Al-Jihad Was-sair (Book for fighting and marching) has 199 sections containing 308 Ahadith extolling, praising and teaching about every aspect of Jihad; The different categories of mujahideen, the hours in paradise, wish to become a martyr, the one who fights to raise the Divine name, the excellence of being a martyr, paradise lies under the shade of the sword and chivalry in the battlefield.

Women’s jihad: when and how to leave for jihad, dividing booty; the angels shade the martyr; the mujahids wish to return to the world; encouragement to fight, the prophet’s (peace be upon him) invitation to invite people to Islam, etc.

From these jurists to scholars we see the formulation of classical doctrine of Jihad as war. The evidence is from dozens of Quranic verses which are plain and clear. The details provided in the ahadith literature further elaborate this doctrine of jihad as war against injustice and evil. God says,

“And if God had not enabled people to defend themselves against one another, corruption, chaos would certainly overwhelm the earth: But God is limitless in his bounty unto all the worlds” (Al Baqarah: 251).

In a similar verse God says,

“If God had not allowed people to defend themselves against one another the monasteries, churches, synagogues and mosques…would have been destroyed” (Al Hajj: 40).

Here the justification for war is the defence of religious freedom. In order to fully understand the significance of the term ‘Jihad’ in Islam we must look at some forms of Jihad. We have just examined the most popular meaning of Jihad as war. No matter how important this is for peace and justice it is still termed as Al Jihad al-Asghar, the lesser jihad in the hadith. It is narrated that when the prophet (peace be upon him) was returning from Tabuk to Madinah he said, “We have just returned from a lesser Jihad to the greatest jihad”. He was asked, “What is this greatest Jihad O Messenger?” He (peace be upon him) replied, “Disciplining oneself”. We will discuss the greater jihad later.

The Quran also talks a bout a ‘great jihad’ it says, “Don’t pay heed to the unbelievers and strive against them using this (Quran) with jihadan Kabeera (a great struggle)” (Al Furqan: 52).

In another words use rational arguments to convince them of the truth of Islam; “Use your intellect and wisdom to invite them to your Lord and argue with them in a beautiful manner” (An Nahl: 125).

So the Jihad bil Quran, (jihad using the Quran), for thirteen years in Makkah this was the Prophet’s (peace be upon him) only form of Jihad. Day in and day out challenging the ignorance. Imam Razi comments on the verses, “And strenuously in inviting them“. Although some take it to mean Qital, however this is a Makkan Surah and the permission to fight was given in Madinah so it does not mean Qital.

The following verse of surah Hajj is very significant as it gives the word Jihad in a much wider scope then Jihad as war. The Quran says, “And strive in Allah’s way as you ought to strive” (Al Hajj: 78).

3) Not to fear the blamers

4) Do any work purely for God’s sake

6) Striving against the self and lowly desires and it implies the carrying out of all Divine commandments for practising all commands and avoiding the prohibitions is Jihad.

Righab Al Asfhani in his famous dictionary ‘Mufradat’ defines Jihad in its wider sense, he says:

“Al Jihad and Al Mujahada means to exert ones utmost effort in defending oneself against the enemy. And there are three types of Jihad:

The prophet (peace be upon him) said fight the enemy”.

“To understand the significance of Jihad in Islam and it’s civilization, we must first of all distinguish between a general, popular meaning of the term and the theological and judicial sense of the word. In the first sense it is used to mean effort and considered worthy, much like crusade in its general sense in English and not in particular reference to the religious wars carried out by Western Christianity…In the same way that in English one says that such and such organisation is carrying out a crusade to eradicate poverty or disease, in Islamic language one can say that this or that group or a government agency is carrying out a jihad, let us say, build houses for the poor” (The heart of Islam: Harper Collins 2002).

From our study of Quranic passages and ahadith we can discern four types of Jihad:

1) Al jihad al Asghar, the lesser Jihad this is the military warfare and the struggle to establish justice in society by fighting oppression.

2) Al jihad al Khair, or jihad bil mal the good jihad which refers to struggle to better the human condition through giving freely ones wealth, time, skills and capabilities.

4) Al jihad Akbar, the great jihad. This is inner struggle against immorality and shortcomings with the ultimate goal of self-purification. “The greatest jihad is fighting ones animal side. It is the internal striving in the path of God to overcome ones animal side. Man shares with animals certain characteristics which if let loose, make him very dangerous beast” (Al Ghazzali).

Every one of these Jihads has its place and time. Jihad is a noble concept of bettering the human condition at personal, social and political level.