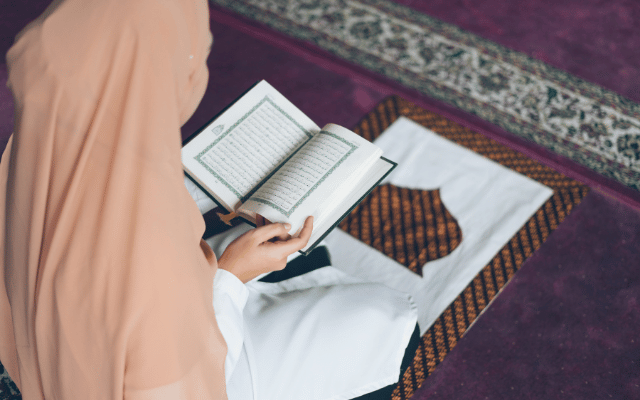 In the first part of this article, I talked about the motivation for Mujahada and how the Messenger (peace be upon him) praised it and encouraged us to be hard workers. Now, you will tell me I am already a hard worker, I work at least 50 hours a week and also work the odd job here and there. So, what are you talking about? That’s why you must read this!

Here are four practices that will motivate you to worship Allah and work hard for His sake:

1. Being focused on piety

There are many distractions around, so avoid these, and remain focused on your goal. The Messenger (peace be upon him) taught us how to do this, he (peace be upon him) said: “the beauty of a person’s Islam lies in giving up things that do not concern him” (Tirmidhi). He’s saying to give up “the wild goose chase” dump unproductive quests and focus on things that are useful for worldly life and the hereafter. Don’t talk about things that don’t concern you and are inappropriate for that moment. Imam Ghazali explained the meaning of “that which doesn’t concern you,” in speech if you stayed quiet it would not be noticed nor would it affect your condition, but if you engaged it would waste time. Instead had you engaged in the Divine remembrance you might have gained divine openings.

Sermons and talks by religious leaders are powerful reminders to us. It softens the heart, so the words can change our attitude and lead to behavioural change. Since sermons emphasise the need for good character. The Majestic Quran speaks about the benefits of a sermon when it says “Allah has ordered you to fulfil your trust and to be just, and arbitrating between people, Allah is teaching you. He is all-hearing and all-seeing” (Al-Nisa: 63).

The Messenger (peace be upon him) said “goodness is a normal energising habit, whilst evil wears you down. When Allah wishes to be good to someone, he gives him the understanding of religion.”

The people who we hang around influence us hugely, they influence our beliefs, attitudes and behaviour. The Messenger (peace be upon him) said, “every person follows the religion of his friend, therefore be careful who you befriend” (Muslim). The Quran also emphasises the need to be wary of the wrong kind of company when it orders, “and do not follow those people whose hearts we have made them forgetful of our remembrance and will follow their own whims and their affair is beyond change” (Al-Khaf: 28). Allah is presented as the role model par excellence, although Allah is in imitable, He cannot be imitated, non-is like Him, but we are told to copy the Divine attributes of generosity, kindness, forgiveness and patience. The Quran also tells us to use the Messenger (peace be upon him) as a role model, it says, “In the Messenger of Allah there is a beautiful role model for you” (Al-Ahzab: 21).

How can you measure piety?

Here is one way of measuring your piety, the Prophet (peace be upon him) said, “how do you feel in three instances: When listening to the Quran, when in a gathering of zikr and when in solitude? If your heart is not moved in these instances, then ask Allah for a new heart”.