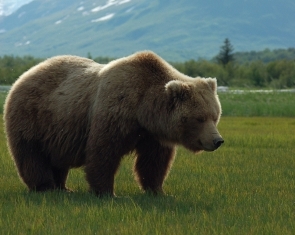 It was a bright morning, the sky was clear and blue and the singing birds made the journey pleasant. Suddenly something in the trees caught the traveller’s eye. In the nearby tree were perched two birds seemingly in conversation with each other like two old friends. But they were very different from one another. When the traveller approached them he saw that one was a dove and the other a crow. What on earth do they have in common he asked himself. By now the lone traveller was becoming more and more inquisitive. As he zoomed his gaze at the two birds he found that both were one legged.

Saadi Shirazi after narrating this story tells the moral of the tale. People are drawn together by what they have in common, whether it be interests or needs. This is the basis of a lot of human friendships too. The blessed Prophet (peace be upon him) said that “A man is on the religion of his best friend, so look carefully at whom you befriend” (Tirmidhi).

Friendship gives happiness and lessens misery by doubling our joy and sharing our grief. Friends provide us company when we are alone and give us help when we are in need. They are a comfort in times of distress and advise us when we are faced with difficult decisions in life. The warmth and joy of friendship is one of the most enviable things one can hope for. In the garden of life, friends are like flowers.

A pompous leader of the Maddar tribe tried to dissuade the Prophet (peace be upon him) from keeping the company of these raggedly dressed people. But the Quran refutes him in the same verse and says, “don’t follow those who are slaves of their passions and forgetful of their Lord“. Since the leader was in state of forgetfulness the Prophet (peace be upon him) is told to keep away from him and be with those who are in touch with their Lord.

Some time ago a sad incident brought home to me the value of these teachings about friendship. A young man that I knew was killed in a car accident. He was with a friend who had been banned from driving. As they drove they were seen by the police. The driver tried to turn away but entered a “No Entry” and had a head on collision with an oncoming car. My acquaintance died on the spot and the driver was seriously injured with a broken back. The young man left behind him a young widow and a one year old son.

Today many youngsters are lured into all kinds of vices by so called friends. These innocent 14 and 15 years old boys and girls who were perhaps ‘little angels’ just a few months ago, turn into horrible bullies, burglars, criminals and get involved in drugs and violence. “You should associate only with the believers and the most deserving of your food is the righteous” said the blessed Mustafa (peace be upon him) (Tirmidi).

This reminds me of another story told by the great poet and philosopher Maulana Jalaluddin Rumi. He says, “There were two travellers, as they were passing through a forest, a grizzly bear joined them. He would not leave them and followed them everywhere. One of the travellers also drew close to him. His companion told him it isn’t wise to be too close to the beast. But he ignored his advice, dismissing it as a sign of jealousy. Finally the two travellers parted. The bear by now had strengthened his friendship with the man, following him everywhere like a shadow. One afternoon as he rested under a tree the loyal bear stood guard over his friend. He waved his mighty arms over the sleeping man’s head to brush away any flies. But the flies were swarming around him like moths around a lamp. By now the bear was getting very angry with the flies. In a fit of rage he flung a stone at them and in doing so, his sincere service smashed his friends head, killing him on the spot.

In a beautiful Hadith the blessed Mustafa (peace be upon him) succinctly tells us of the value of good friendship. He says, “the example of a good and a bad companion is that of a perfume seller and a blacksmith. The perfume seller either gives you the perfume or tries to sell it to you, but in the blacksmith’s workshop you will either burn your clothes or they’ll be blackened by the soot” (Muslim).

In short, choose your friends carefully. Select only partners on this journey of life that will bring you closer to Allah. Those that remind you of Allah as the beloved Messenger (peace be upon him) told us in his Hadith. Avoid the grizzly bear, maybe his intentions are good but his understanding of who you are and what you need to succeed are seriously lacking.