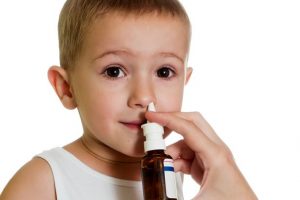 Q: Some Muslim parents are refusing to have their children vaccinated with the influenza nasal spray due to it containing porcine as a stabiliser. This vaccine is used for children and vulnerable elderly at serious risk of catching flu. It saves a lot of pain and sicknesses in the community affecting thousands of people. The children’s flu programme is an extremely important one, since it not only protects the child itself but also protects vulnerable family members and the wider community. This then has huge benefits on the local health system, 94% lower flu-like illnesses in primary age children and 74% less visits to A&E. So, in the bigger interest of the society’s health can this vaccine be given to children? What do the scholars say about the permissibility of a flu vaccine that contains pork gelatine, is this allowed?

A: The flu vaccine that contains porcine gelatin is a simple nasal spray that is particularly useful and easy to administer to children. It is administered to children who are susceptible to flu and have other health problems like asthma, which is exacerbated by the flu. It has been shown to reduce A&E admissions and other complications considerably.

Firstly, its important to understand the nature of porcine gelatin. This is a pure product and is exactly the same as cow gelatin, goat or any other animals’ gelatin. It has the same protein structure, same properties and same colour, texture and taste. You would not be able to distinguish the porcine gelatin from the others. In light of this fact it is argued that it doesn’t matter what its origin is. A similar fatwa was issued by Mufti Ali Gomaa the Grand Mufti of Egypt about Pig products including insulin.

Secondly, this is for a medical purpose, it’s not consumption or eating. The nasal vaccine is an important preventative measure that has been shown empirically to reduce a lot of suffering in vulnerable children. This then falls under the well-known category of ‘darurah’ necessity, required and needed. The Quran teaches: “He has made unlawful for you the carcass, the blood, pork and animals over which any name other than Allah’s has been invoked. However, if one is dying of hunger then a small amount can be eaten in order to survive, Allah is the Forgiver and Most Compassionate” (Al Baqara: 173). From this jurists have reasoned that when something that is forbidden is needed for survival then it becomes permissible. So, if porcine gelatin was forbidden in this situation, it becomes permissible. The other rule from this is: “What is permissible for a particular need can be used according to the amount required.”

Finally, the amount actually used is only a fraction of a gram, an extremely tiny amount.

In light of these evidences we conclude that the nasal flu vaccine containing porcine gelatin is permissible for use. However, those who are still in doubt can opt for the intramuscular flu vaccine, which is not convenient for small children.