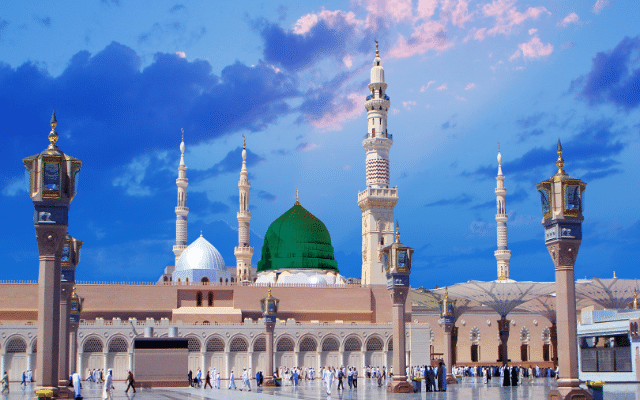 As science and medicine progress in leaps and bounds, we are becoming more health conscious that’s good, it means we value our bodies, our precious gift, Alhamdulillah. Just as medicine cures our physical illnesses the Messenger of Allah (peace be upon him) came as ‘a wonderful doctor with a prescription’. His prescription is more effective and truthful than any doctor’s, it’s more beneficial than any medical specialist’s treatment. What is that prescription? Following on from my last article I explore this amazing idea.

Faith and confidence in the Messenger

Faith in the Prophet means accepting him as the Divine Messenger and servant, a perfect role model. We achieve this by declaring the Shahadah: “I bear witness that there is no God but Allah and Muhammad is His Messenger and servant.” This is done with sincerity, so it comes from deep inside. Otherwise, if it is a mere utterance of the words then it is hypocrisy. The test of faith in the Messenger (peace be upon him) is obeying him and following his beautiful Sunnah.

“Obey Allah and the Messenger to be treated kindly” (Ale Imran: 132).

The Majestic Quran announced, “Say, ‘If you love Allah then follow me and Allah will love you and forgive your sins” (Ale Imran:31).

“In the Messenger of Allah is a beautiful example for those who hope to meet Allah on the Last Day” (Al-Ahzab: 21).

According to Imam Tirmidhi ‘beautiful example’ means one should copy and imitate his way of life and not oppose him in words or actions. One day Kaa’b ibn Ashraf says a group of Jews and Christians went to the Messenger (peace be upon him) and told him they loved Allah, since “We are the children of Allah and His loved ones” (Al-Maeda:18). The Quran responded, “Say, if you love Allah, follow me and Allah will love you” (Ale Imran: 31). He told his companions, “The adherence to my way in the smallest things is better than doing other things (that aren’t in the spirit of Islam).”

Umar ibn al-Khattab sent a letter to the governors instructing them to learn the prophetic sayings relating to the shares of inheritance and dialects, “People will try to argue with you when this occurs disprove them with the prophetic way. The people who follow the way of the Prophet, praise and peace be upon him, have the greatest knowledge of the Book of Allah.”

The father of Uthman Al-Hiri said, “A wise man is the one who gives authority to the prophetic way over his ego, over his word and deed. But an innovator is one who gives authority to his ego over the prophet’s authority”. The way forward in complicated, challenging and difficult times is to choose a role model and then follow them. When our Lord and Provider has offered us the most remarkable ‘role model’ then what else do we need.