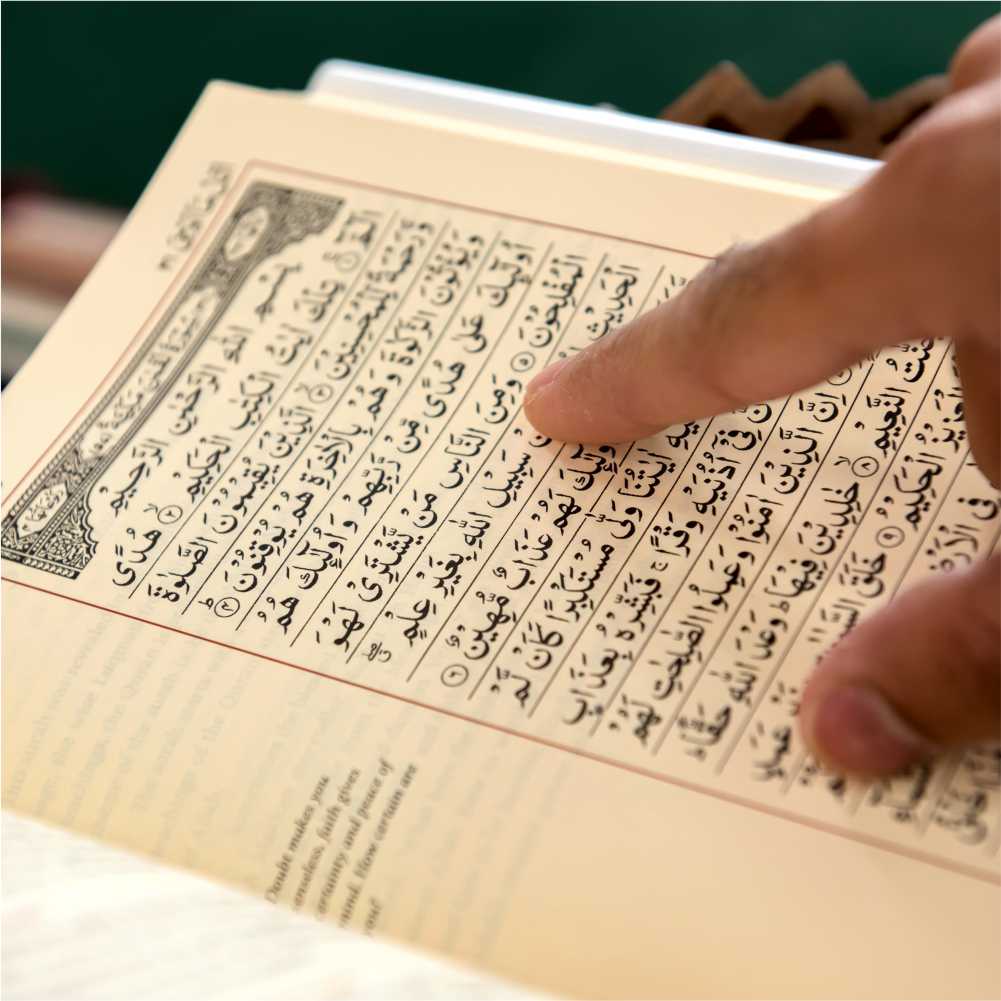 The book containing guidance for a good, successful, peaceful and prosperous life is The Majestic Quran. It has the prescription for success and the medicine for a healthy and flourishing life, “We revealed some of the Quran as a medicine with beneficial effects for the believers, but the wretched will keep increasing in their loss” (Al-Isra: 82). The same topic is addressed in another verse “People, your Lords teachings have come to you and they are a medicine for the sicknesses of the heart and the mind” (Yunus: 57). The Messenger (peace be upon him) said, “The best medicine is the Quran” (Zad al-Ma’ad).

Lovers of literature cannot fail to appreciate the beauty of good writing, it’s often captivating, mesmerising and even magical. So, what do you think about Allah’s speech? Isn’t the Quran fascinating, enthralling and beneficial to the intellect? It’s a weighty speech capable of pulverising mountains. Its life-changing and life-giving teachings foretold the coming of a splendid revolution. The tide of human history changed and people felt the change as the entire world hailed it as a manifesto of success. The world was delighted, the quiet became vocal and the downtrodden gained freedom. Hali, the Indian poet of the 20th century expressed it nicely when he said “The earthquake that shook the Arabian lands. Was it a lightning bolt or thunder from the Guide?”

The President of India Dr Shankar Dayal Sharma (d. 1970) was a keen observer of the Indian Muslims, he wrote a poem expressing his feelings about their neglect of the Quran, he wrote:

It was an order for action, but you made it a prayer book
It was a book to be understood, but you read it thoughtlessly
It was a code of conduct for the living, but you made it a philosophy of death
It gave life to sinking nations, but you use it as a prayer for the dead
Muslims, what have you done to God’s book?

Finest blossom from the Prophet’s garden

Here is a beautiful bouquet of fragrant flowers carefully picked from the garden of Prophetic sayings praising the excellence of studying the Quran. These Ahadith are from the famous six books renowned for their authenticity. The opening narrators are all companions of the Prophet. These Prophetic gems encourage us to study the Quran with zeal and passion and not to read it in a parrot-fashion.

1. Uthman ibn Affan (May Allah be pleased with him) narrated the Messenger (peace be upon him) said, “the best among you is the one who learns and teaches the Quran” (Nisai).

3. Abdullah Ibn Umar (May Allah be pleased with him) said the Messenger (peace be upon him) said, “There are only two people worth envying, one is a scholar of the Quran and he lives by it night and day and another one is the wealthy person and he spends it day and night for the pleasure of Allah” (Bukhari).

4. Abdullah Ibn Abbas (May Allah be pleased with him) narrated the Messenger (peace be upon him) said “a person who does not know any Quran is like a rundown house” (Tirmidhi).

5. Abu Hurairah (May Allah be pleased with him) narrated the Messenger (peace be upon him) said “when a group of people gather in the house of Allah to recite the book or to teach it, tranquillity descends, mercy covers them, angels surround them and Allah praises them before the angels and the Prophets” (Muslim).

The clear and hidden benefits of Allah’s book are endless, as it is a soothing ointment for distressed emotions and medicine for the moral sicknesses but no less medicine for physical illnesses too. Consider how it will reduce your high blood pressure, and ease your anxiety. Its words and phrases are life-giving, a lighthouse that will save your ship from sinking in stormy seas. In the past it changed the camel herders to administrators of a great empire, bedouins became leaders of a new world order, those groping in the darkness of superstitions became scholars and scientists, and the highway robbers became champions of human rights. What an amazing transformation, what a revolution! Today it can do the same if only we turn to it. Let’s read the Quran with understanding!