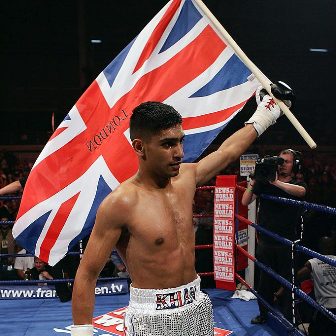 “People, We created you from a male and female; then made you into different races and tribes so you may know each other. Indeed, the most honourable in the sight of Allah is the most mindful of Allah, the Knower, the Aware” (Al Hujarat: 13).

The former chancellor Gordon Brown proposed that we should set aside a day to celebrate our ‘Britishness’. He was speaking to the left of centre think tank ‘Fabian Society’. The question is what does ‘Britishness’ mean? The Commission for Racial Equality sponsored some research to explore the question of what is ‘Britishness’. Getting people to engage with the notion of ‘Britishness’ was not easy. In our daily conversations, we rarely think about it, it’s tricky!

No one regarded themselves as exclusively British, the Scots and the Welsh identified themselves with their nationalities. For Muslims the dominant source of identification was Islam. A participant said, “I’m British from head to toe, but I’m a British Muslim” (Citizenship and belonging: What is Britishness?). Another one said, “I’m a Muslim before anything else. Before Welsh, before British or Pakistani”. The authors of the report conclude: “Thus Islam was the only religion that formed a salient part of its believer’s identity. While some British Muslims may give priority to being Muslim over being British and see their identities in a hierarchical way, no one in the sample saw Islam and Britishness as fundamentally incompatible”.

As an Imam, preacher and teacher of Islam, I feel exonerated and exhilarated, why? Firstly because Muslims regard themselves as British, we have always taught our congregations not to divide their lives into religious and non-religious, and not to divide our loyalties. Like a mother who has four children, she does not divide her love she loves them all equally.

The big question is how do we promote ‘Britishness’? How do we develop and nurture ‘Britishness’? Amongst the eight dimensions of ‘Britishness’, the most promising is the development of values and attitudes. Here is scope for nurturing moral values of compassion, forgiveness, tolerance, justice and respect for others. The Messenger (peace be upon him) said, “On the day of judgment, nothing will weigh heavier upon the scales than good character” (Abu Dawud). Let us work on building good character in our children, so we have just, loving, caring and respectful British Muslim citizens.