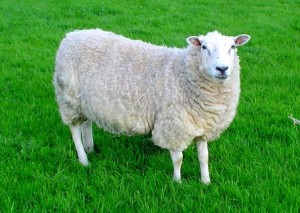 Aqiqa in Islamic terminology, is defined as the animal that is slaughtered on the occasion of child birth. The performance of Aqiqa is highly encouraged. It is to be performed by the parents or the guardians of the child. There are three things that should be done on this occasion:

1. It is highly recommended that the child’s hair is shaved on the seventh day and charity is given equal to the weight of the hair in gold or silver.

2. Two sheep are sacrificed if he’s a male and one sheep if it is a baby girl and the meat distributed or cooked and presented to guests.

3. The child is given a name, preferably the beautiful names from amongst the attributes of the Lord or from the names of our blessed Prophet (peace be upon him).

What is the significance of Aqiqa?

Whilst speaking about the sacrifice of animals, the glorious Quran teaches “neither the blood nor the meat of the animal you sacrifice reaches the Lord. It is your God consciousness that reaches him“(Al-Hajj: 37). This is the philosophy behind sacrifice we offer it as a charity in order to please our Lord.

In Shari’ah the rulings about the lawful and the unlawful are divided into several categories:

The responsibilities of parents

The glorious Quran tells us “we shall unite the believers with their offspring who followed them in faith, we do not deny them any of the rewards for their own deeds; each person is in pledge for his own deeds” (Tur: 21). Ibn Abbas said; A man will enter Paradise and ask where are my parents, my wife and my children? He will be told they have not reached your standard and he will then say ‘oh Lord. I worked for myself and for them then the Lord Almighty will command the angels to unite them all with him. Then ibn Abbas recited this verse (Tabrani).

This is the divine grace that the blessings of the deeds of parents will have a great impact on their children’s fate and vice-versa is true. The prayers of children are a source of blessing for their parents as well. The Messenger (may peace be upon) said “Allah will raise the station of the righteous person in paradise, and he will say where has all this come from O’Lord and he will be told your son’s istighfar for you.”

Abu Huraira narrated the messenger (may peace be upon him), said “when a man dies his deeds come to an end except three things. Continuous charity that he has set up, knowledge or means of spreading the knowledge that he has left behind from which others benefit and a righteous child who will pray for him” (Muslim).